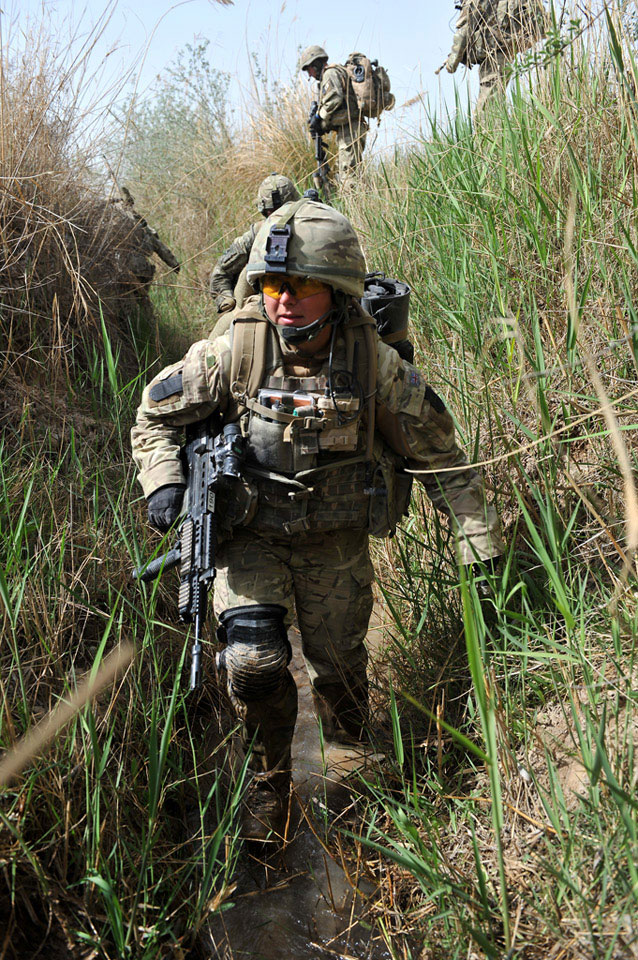 A combat medic from 16 Close Support Medical Regiment, on patrol in Helmand Province, 2011

This female medic was attached to 'B' Company Argyll and Sutherlanders (5 SCOTS), 5th Battalion Royal Regiment of Scotland for seven months. This photograph was taken on her second operational tour of Afghanistan. She had previously served as a medic in Iraq. She trained specifically in the treatment of gunshot wounds and IED (improvised explosive device) blast and shrapnel injuries.