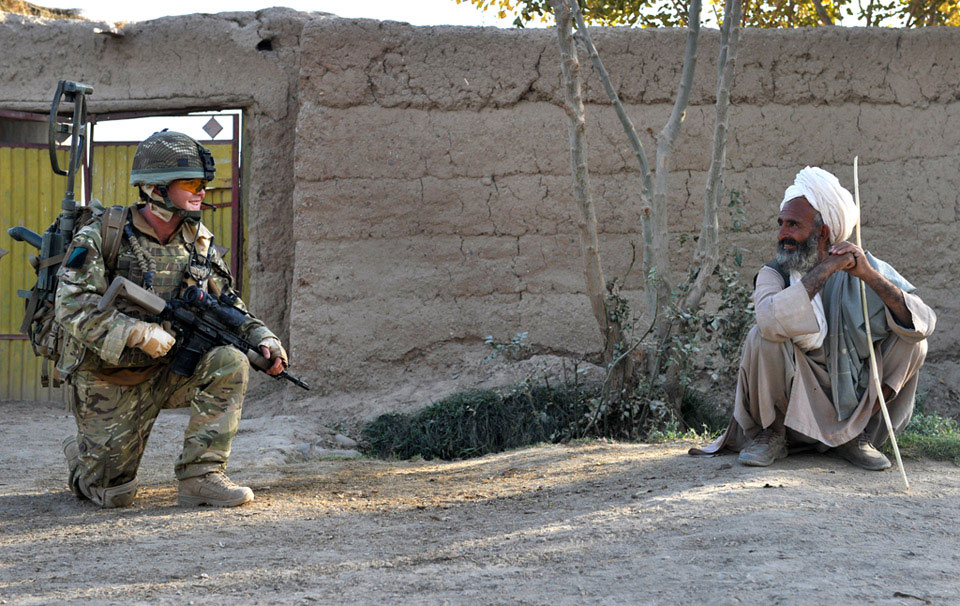 A soldier of the 1st Battalion, Royal Irish Regiment, on patrol in the Nad-e-Ali area of Helmand Province, Afghanistan, October 2010

The Royal Irish Regiment was deployed to Helmand province for the third time from 2 October 2010 to 26 March 2011, as part Operation HERRICK 13. This was a challenging tour which saw some intense fighting but also brought some significant successes. The commanding officer, Lieutenant Colonel Colin Weir, later wrote 'Few of us will easily forget those first few days and weeks in Nad-e'Ali in October and November 2010 when we were in constant and bloody contact with a determined enemy or the sense in December and January that the tide was turning and that something really significant and positive was happening'.