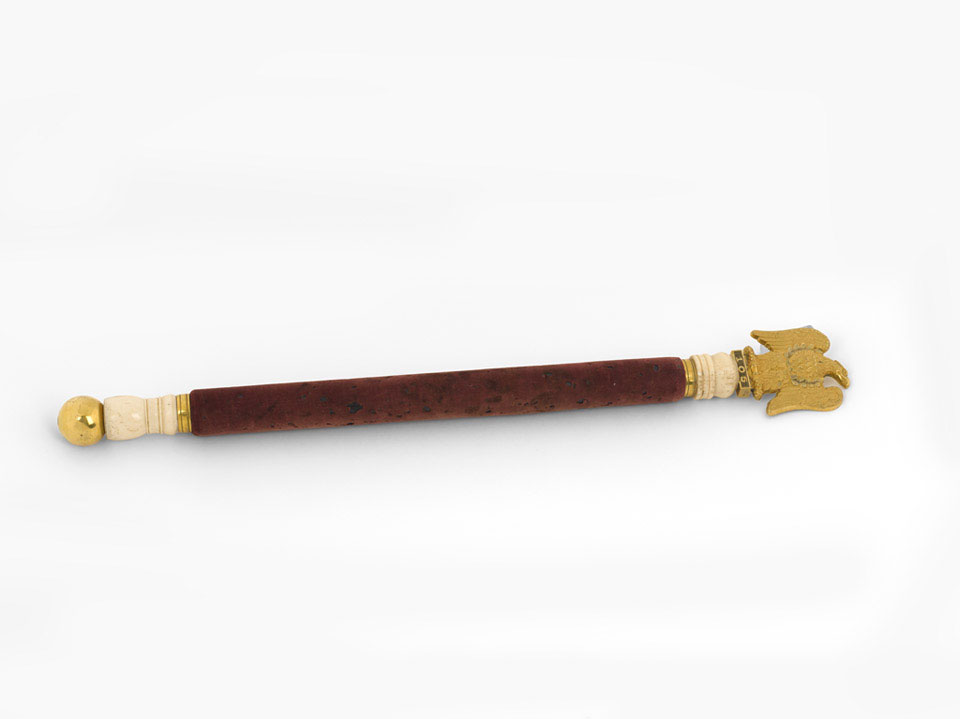 Baton presented to Captain Alexander Kennedy Clark from the officers of the 1st (or Royal) Dragoons commemorating the capture of a French eagle, 1815 (c)

Clark captured the standard during the charge of the British heavy cavalry at Waterloo in 1815. The eagle belonged to the 105th Regiment who had taken part in the unsuccessful attack by D'Erlon's Corps. Clark's squadron hacked its way through a French column to seize it. He killed the soldier carrying the standard, but Corporal Francis Styles retrieved it. They disputed each other's role in its capture, but both were later credited.