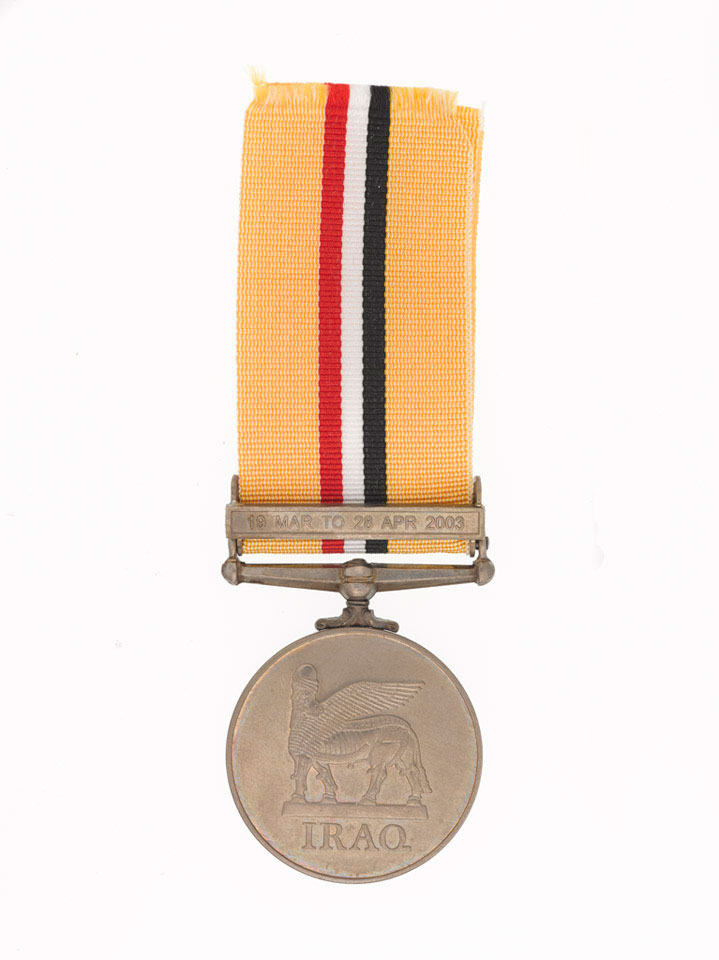 The obverse shows a crowned portrait of Queen Elizabeth II, inscribed with, 'Elizabeth II Dei Gratia Regina Fid Def'. The reverse depicts a Lamassu (Assyrian winged lion/bull) over the word, 'Iraq'. The medal is suspended by a sand-coloured ribbon with central narrow stripes of black, white and red.