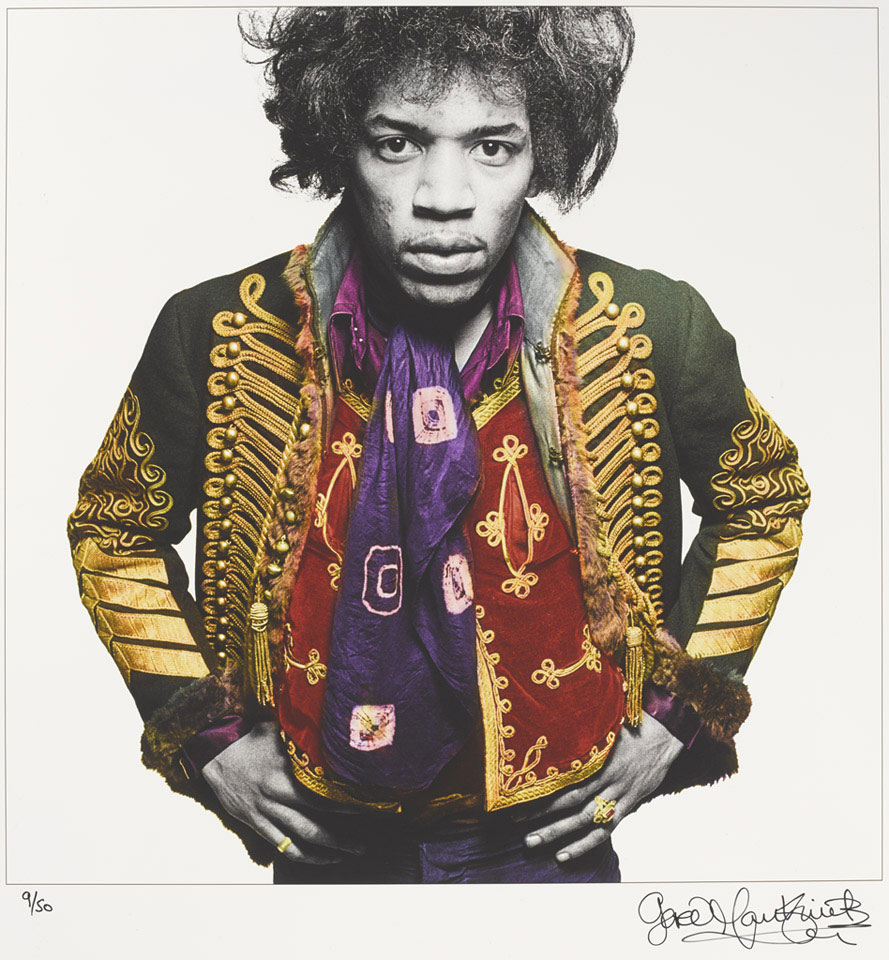 Taken at Masons Yard in London, this photograph show the American rock singer, guitarist and songwriter Jimi Hendrix wearing a jacket based on a British hussars pelisse. It is thought to have been a film costume given the elaborate lace and upside-down chevrons on the sleeves.

Hendrix, himself a former soldier, was photographed many times in antique hussars' uniform. Some of the most iconic images of the singer show him wearing a pelisse, usually bare-chested, in subversion of the style of the upright officer who would have carried a pelisse a century earlier.

'I Was Lord Kitchener's Valet', a fashionable stall from 1964 and then a shop on London's Portobello Road from 1967, specialised in selling replicas of Victorian military uniforms. The boutique carefully exploited a 1960s trend for wearing replica uniforms, and both Hendrix and Mick Jagger were photographed wearing antique military jackets from the shop.