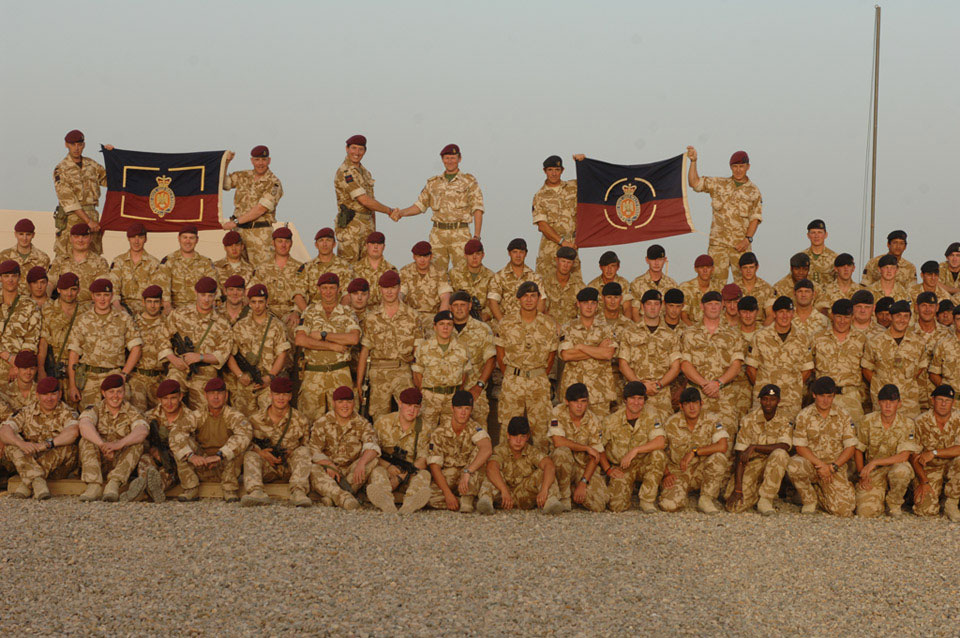 This photograph was taken during 'C' Squadron Household Cavalry Regiment's (HCR) hand over to 'D' Squadron. Both units deployed to Afghanistan with 16 Air Assault Brigade. The HCR is a purely operation regiment so its constituent squadrons, from The Blues and Royals and The Life Guards, retain their own regimental identities and insignia.