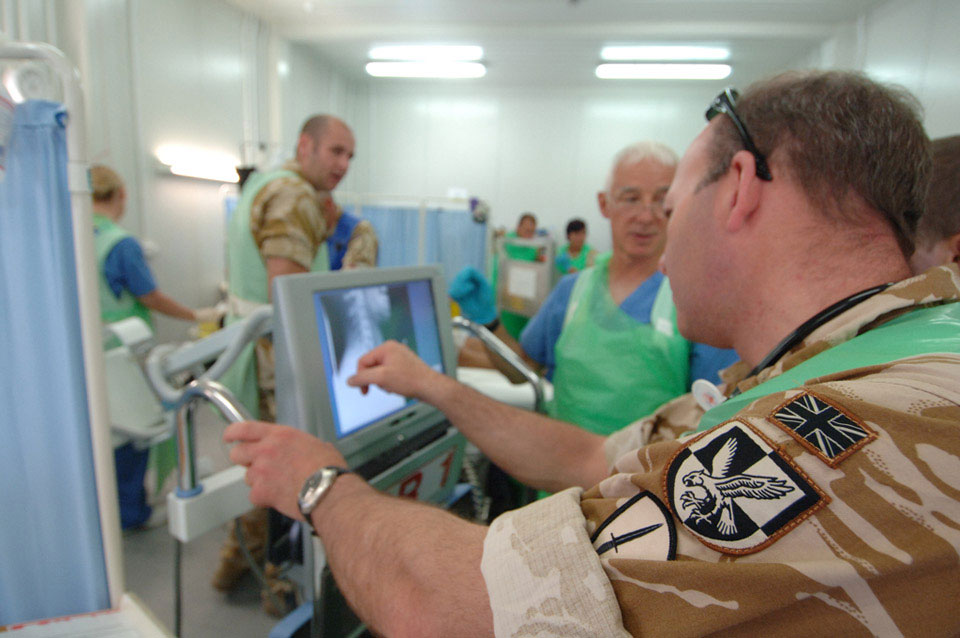 Established in April 2006, the Camp Bastion Hospital in Helmand Province was the main British medical centre in Afghanistan. During Operation HERRICK 8 (April-October 2008) it admitted 1,049 patients.

From a collection of 233 digital images (with variants) taken by Corporal Ian Houlding and compiled by Sergeant Rupert Frere, Royal Logistic Corps, 23 May 2008.