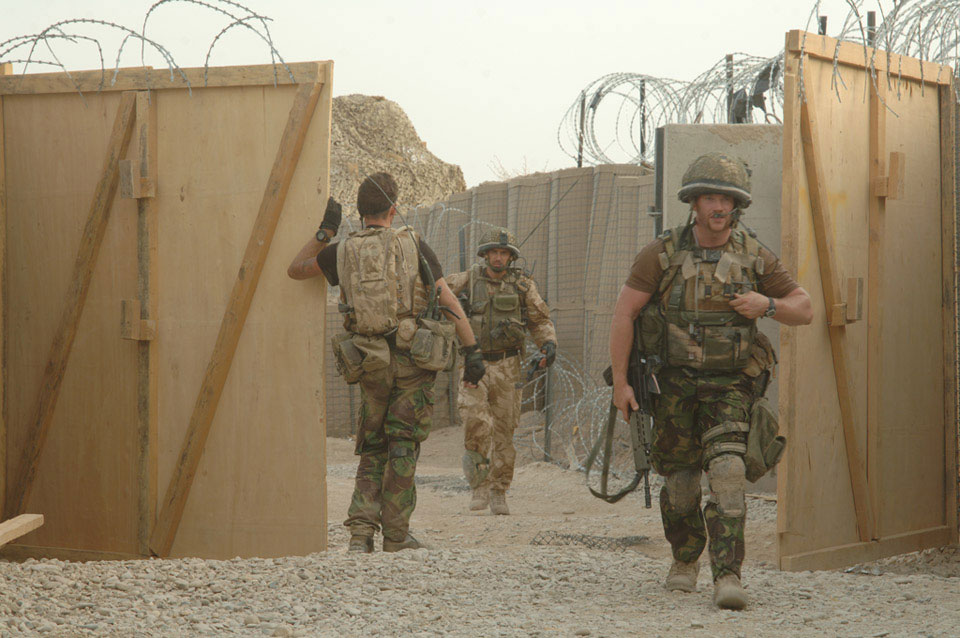 Troops from 2nd Battalion Parachute Regiment returning to Forward Operating Base Gibraltar from a patrol during Operation HERRICK 8. FOB Gibraltar was established near the town of Sangin in Helmand Province in 2007. Throughout the Summer of 2008 Taleban insurgents mounted heavy attacks on the base. Troops patrolling from Gibraltar faced threats including Improvised Explosive Devices (IEDs), sniper attacks and co-ordinated ambushes. FOB Gibraltar was closed in 2009.