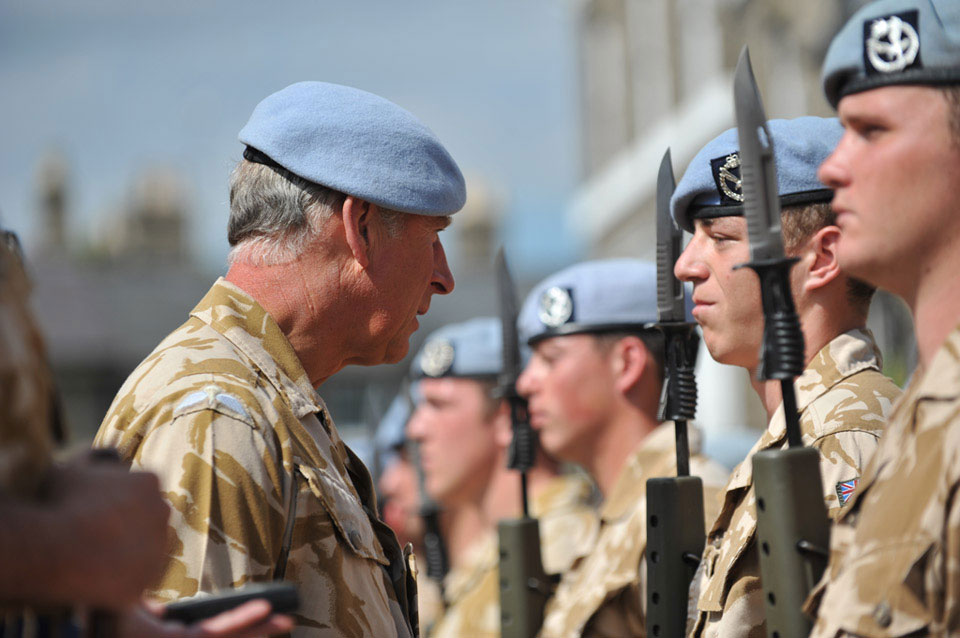 The Prince of Wales, Colonel-in-Chief of the Army Air Corps, presenting medals for service in Afghanistan, 2010

110 soldiers from 3 Regiment Army Air Corps, based at Wattisham Flying Station, Suffolk, received their medals after completing their first tour of duty in Afghanistan. The regiment comprised pilots, ground crew and technicians that flew and maintained the Army's Apache Attack Helicopter force in Helmand.