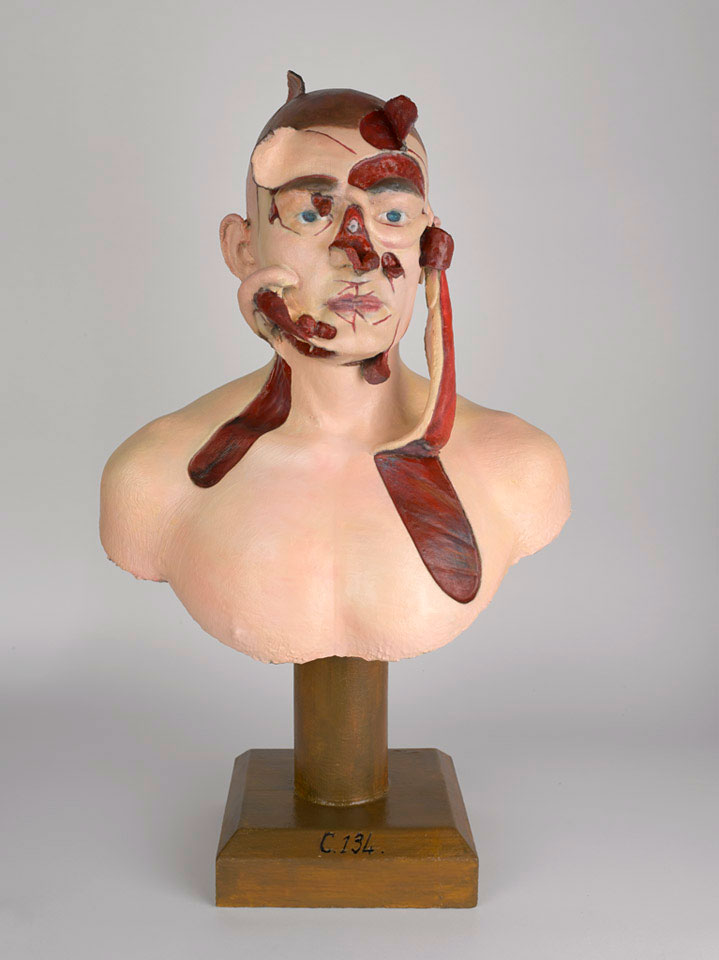 This copy was scanned and printed by Inition Limited in 2016. The New Zealand Medical Corps facial and jaw injury unit was based at Walton-on-Thames during World War One (1914-1918). It was used to train surgeons in the new plastic techniques that were developing rapidly. In 1918 the unit, led by Henry Pickerill, was transferred to the Queen's Hospital, Sidcup, where a pioneering plastic surgery unit that had been established by Surgeon Harold Gillies in 1917. The hospital's medical staff were organised on national lines, with contingents from Great Britain, Canada, Australia and New Zealand.

After the war, the wax model and the New Zealand patient records travelled with Pickerill to Dunedin. There it was part of a collection of 140 models, casts and moluages, including at least four busts like this one. After the collection fell into disuse. Oral surgeon Sandy Macalister rescued many of the records and this model, sending them to the Gillies Archive in Britain. It was transferred to the Royal College of Surgeons' Hunterian Collection in 2011.