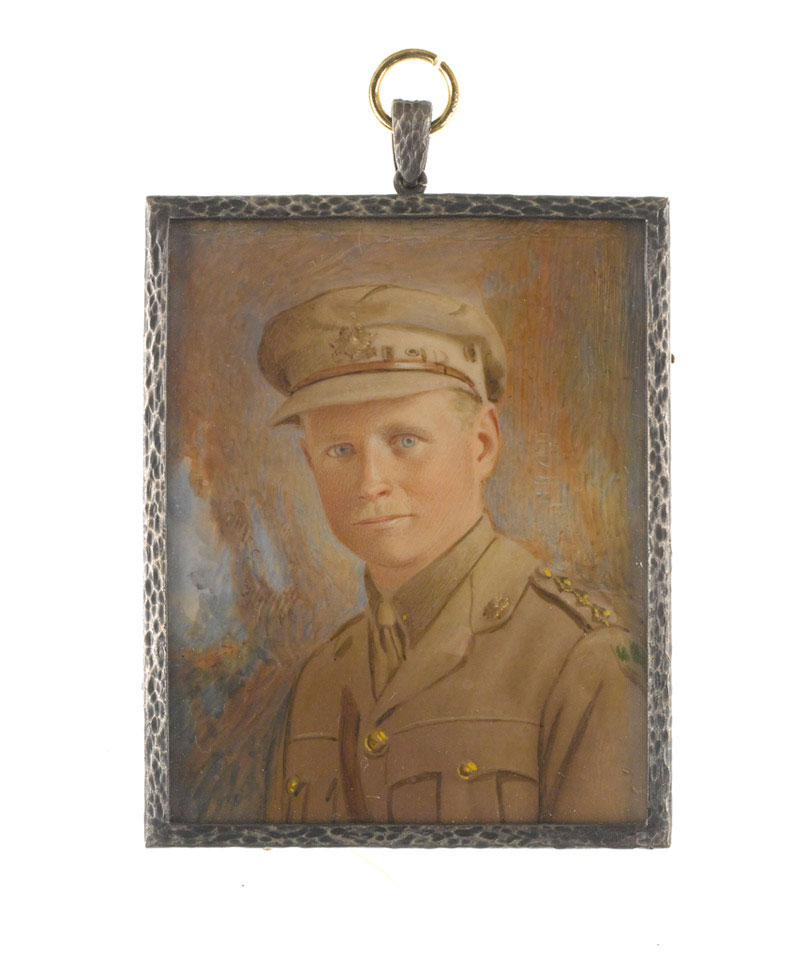 Richard Le Brun Nicholson (1895-1918) was born in Bebington in Cheshire, the only son of William Richard Nicholson and Ethel Le Brun Nicholson. He enlisted in the Middlesex Regiment on 7 September 1914 and was gazetted a second lieutenant in the Cheshire Regiment later that month. Promoted a captain in the 11th Battalion the following year, he was awarded the Military Cross (MC) 'for conspicuous gallantry' in August 1917.

In July 1918, he was given a bar to his MC for showing 'powers of command of a high order', but was killed in action on 31 August 1918 aged 23. Nicholson was buried at Godewaersvelde cemetery in France.

This portrait is based on a photograph of Nicholson which was included in a Roll of Honour published in 'The Illustrated London News' on 28 September 1918.