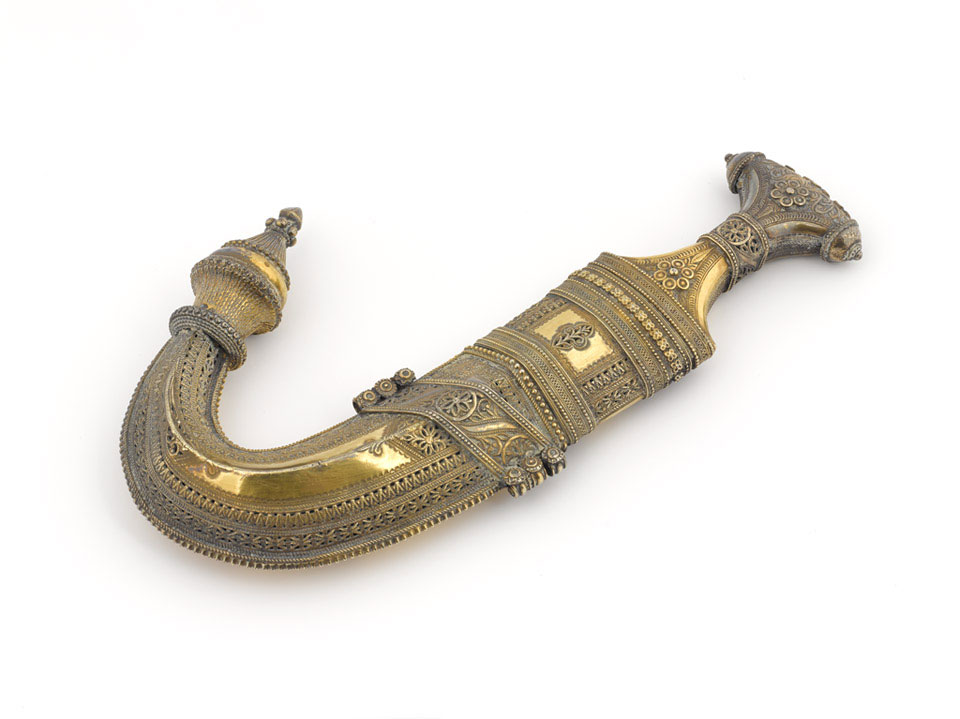 During World War One (1914-1918) Lawrence worked with the Hashemite forces in the Arabian Hejaz, to act as a liaison officer between the British and the Arab tribes that they were attempting to rally against the Ottoman Empire.

His role combined diplomatic and military skills, and he was able to build an effective relationship with Arab leaders. At the heart of this was Lawrence's willingness to adopt the culture of his allies. This meant speaking their language, staying with them, and adopting their dress.

This dagger is known as a jambiya. This example is steel and silver, and was famously presented to Lawrence by Sherif Nasir in 1917 after the victory of the Arabs at Aqaba on 6 July 1917 in modern-day Jordan.

Wearing a jambiya was customary for men at the time, and would have helped Lawrence further ingratiate himself with his Arab allies.