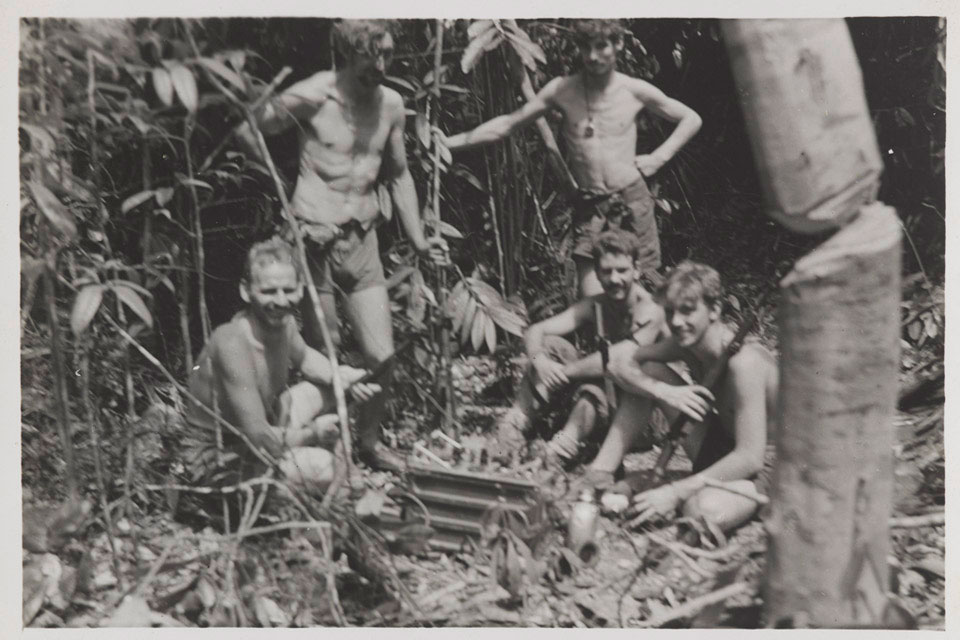 In 1951 a squadron of the Territorial 21st Battalion Special Air Service Regiment (Artists Rifles) was deployed to Malaya, where it fought under the name of the Malayan Scouts. This force was expanded to several squadrons and in 1952 was absorbed into the Regular Army as 22nd SAS Regiment. In Malaya it was led by Chindit veteran and World War Two SAS brigade commander, Brigadier Mike Calvert.

From a collection of 160 snapshot photographs and a Primary Morse Instruction Card relating to the SAS Malay Scouts in Malaya, 1950-1960 (c).