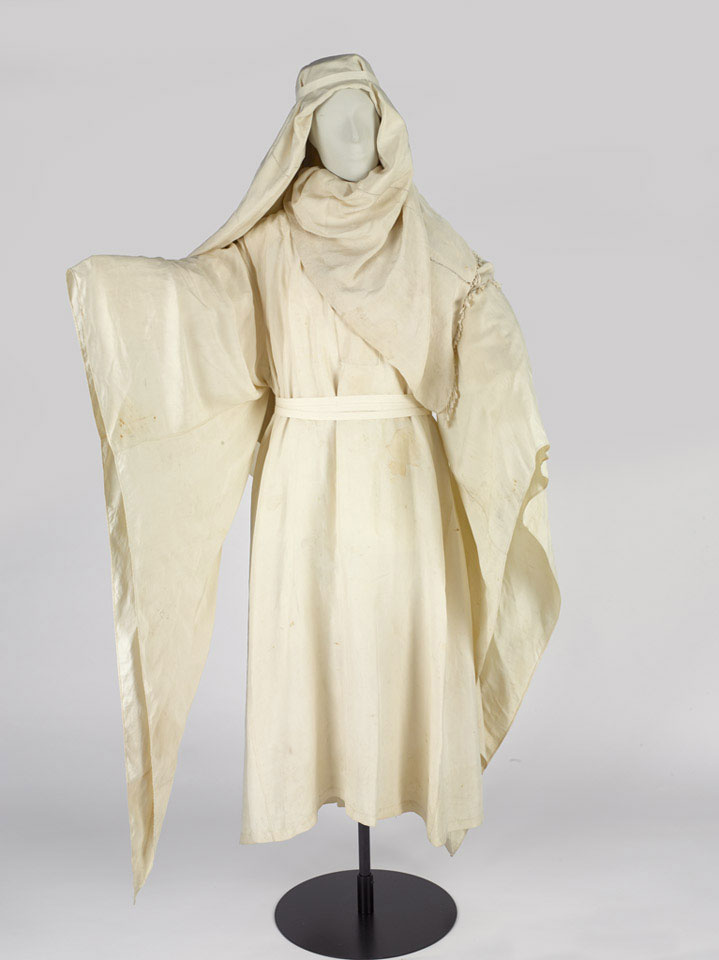 Thomas Edward Lawrence - better known as Lawrence of Arabia - joined the British Army in October 1914 and was posted to Cairo and the intelligence staff of the British Middle East Command to serve in the campaign against the Turkish forces.

Lawrence was posted to work with the Hashemite forces in the Arabian Hejaz, to act as a Liaison Officer between the British Government and the Arab tribes that they were attempting to rally against the Ottoman Empire.

Lawrence was not the only British officer engaged in this work, but he is undoubtedly the most famous. His role combined as diplomatic skills as much as military, and he was able to build an effective relationship with Emir Feisal, a son of Sherif Hussein of Mecca and an important commander. This relationship ensured that Lawrence was able to exert enough influence to convince the Arab leaders, Feisal and Abdullah I, to support Britain with the Arab Revolt (1916-1918), co-ordinating their guerilla attacks with wider British strategy. Lawrence developed a close relationship with Feisal in particular, and his Arab Northern Army became the main beneficiary of British aid.

At the heart of this relationship was Lawrence's willingness to adapt to the cultural norms of his allies. This meant speaking their language, staying with them, and adopting their dress. As Lawrence noted in this war memoir, Seven Pillars of Wisdom:

'Feisal asked me if I would wear Arab clothes like his own while in the camp. I should find it better for my own part, since it was a comfortable dress in which to live Arab-fashion as we must do. Besides, the tribesmen would then understand how to take me. The only wearers of khaki in their experience had been Turkish officers, before whom they took up an instinctive defence. If I wore Meccan clothes, they would behave to me as though I were really one of the leaders; and I might slip in and out of Feisal's tent without making a sensation which he had to explain away each time to strangers.'

This set of robes was given to the mother of Arthur Russell. Rusell and Lawrence had met when they joined the Tank Corps in 1923 and shared a barracks hut at Bovington, Dorset. This robe was one of two given to Russell's mother by Lawrence, with instructions to cut them up and make dresses from them. Fortunately Arthur Russell managed to save this one from her scissors, but not before a sleeve had already been removed. This has now been replaced.

Russell helped Lawrence renovate the cottage at Clouds Hill, Wareham, which became his retreat. After Lawrence's death in 1935, Russell was a pallbearer at his funeral.