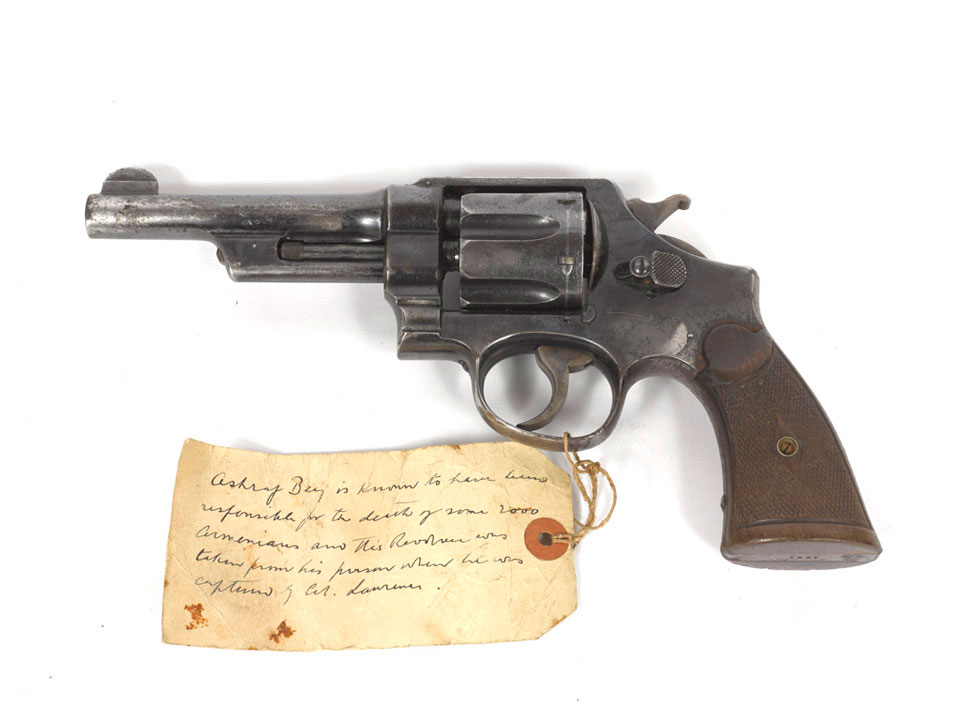 The revolver has the name of 'Ashraf Bey', a senior Turkish Army officer, inscribed upon it. A label attached to the weapon, in Captain Gray's handwriting, refers to it being 'presented to W L Gray by Colonel Lawrence'.

It is not surprising that an Ottoman officer might have owned the American-made revolver which was a popular model with the British Army. He may have purchased it before World War One or it could have been acquired from a British officer during the War.

Ashraf Bey was captured by Bedouin forces in January 1917 during the Arab Revolt. Ashraf was leading a column of camels laden with supplies and £20,000 (rather than £15,000 as the label records) in gold. As an intelligence officer, T E Lawrence almost certainly interrogated Ashraf which might explain how Lawrence came by Ashraf's revolver and leather holster.

It seems likely that Lawrence gave Gray the revolver at the large British and Arab base at Aqaba. Gray was based there as cipher officer from June 1918 and Lawrence was a frequent visitor. The label also refers to Bey's role in the 'the death of some 2000 Armenians', information which may have featured in the two officers' discussions.