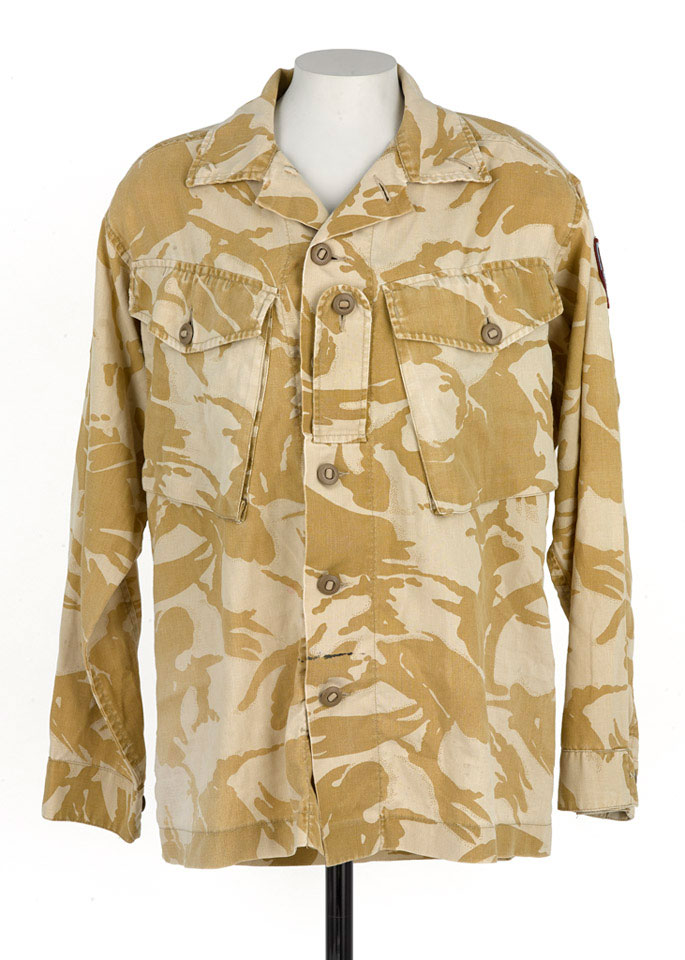 This shirt was worn by Sergeant Taylor while serving on her second tour of Afghanistan with the Royal Army Medical Corps (RAMC) in 2008.

Taylor completed two tours of Afghanistan. The first was in 2006 when she served at the Base Hospital in Camp Bastion, regularly working 12 hour shifts. Her second tour was in 2008. She was based at Laskar Gah and then at a Forward Operating Base in Marjah.

Taylor was travelling with a convoy when they were attacked near Marjah. Taylor returned fire, becoming the first female British soldier to kill an enemy in combat.