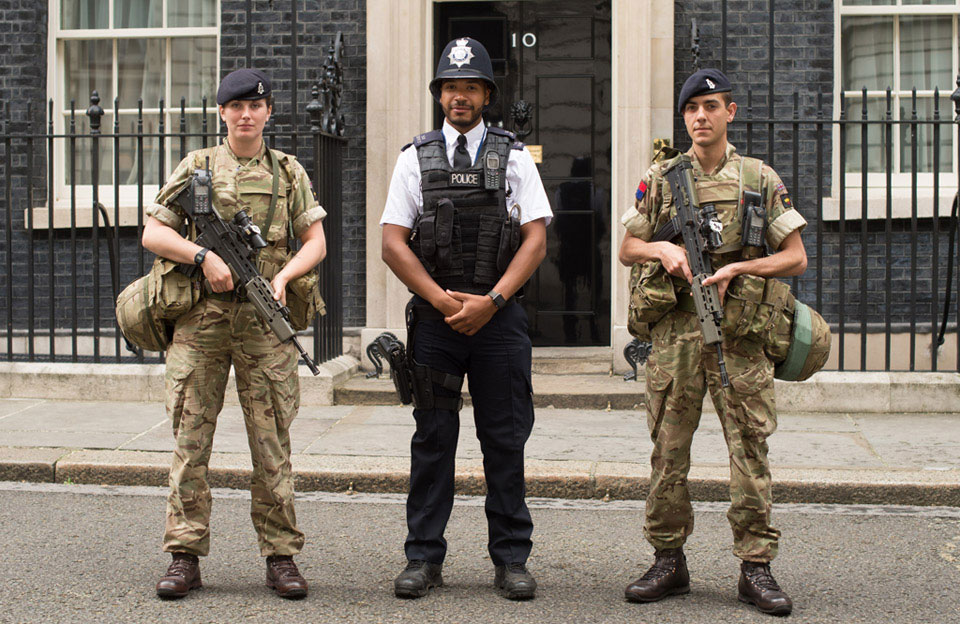 Soldiers of The King's Troop, Royal Horse Artillery on security duty at 10 Downing Street alongside officer of the Metropolitan Police, Operation TEMPERER, 29 May 2017

Soldiers on security duties in central London with armed members of the Metropolitan Police. Operation TEMPERER, the mobilisation plan for military support to the police service following a major terrorist attack was put into effect for the first time on 23 May 2017, a day after a suicide bomb attack at the Manchester Arena. The operation was scaled back after the 31 May Bank Holiday.