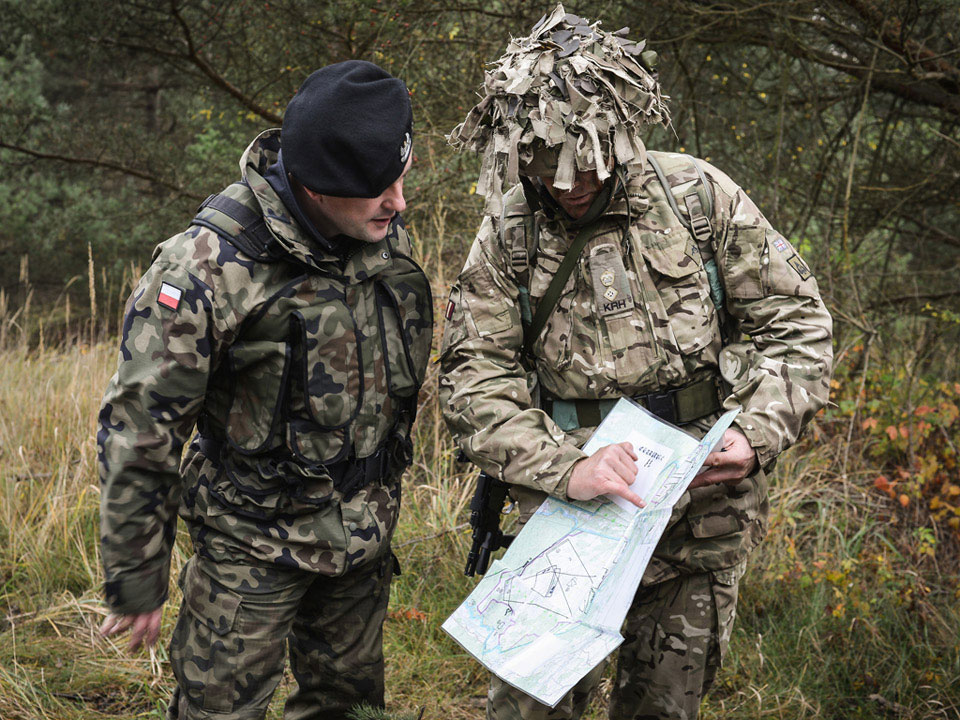 An officer of The King's Royal Hussars confers with his Polish counterpart during Exercise Black Eagle, 2014

The British Army plays a major role in the defence of Europe. In 2014, for example, its soldiers took part in the Anglo-Polish 'Exercise Black Eagle', designed to help the two nations' armies co-operate more effectively.

This was part of NATO's demonstration of support for its allies in Eastern Europe in the face of growing tension with Russia following its actions over neighbouring Ukraine.