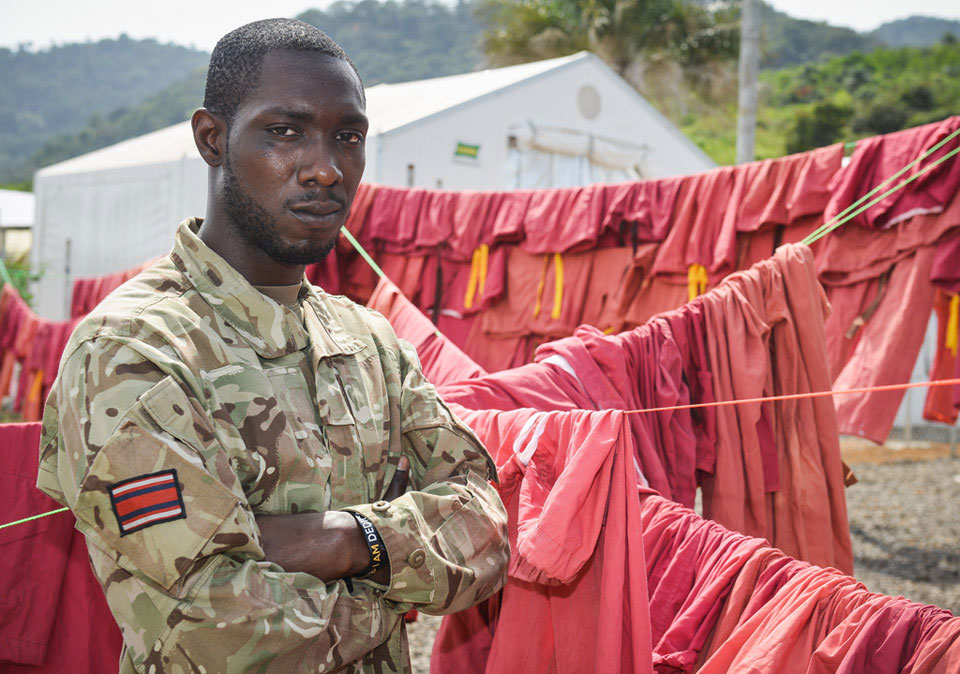 As part of Operation GRITROCK, the British Army provided support for the government of Sierra Leone in the face of a severe outbreak of the deadly Ebola virus in West Africa. In 2014 and 2015, the Army planned, designed and constructed treatment centres and undertook an extensive programme of training in Sierra Leone.

Before 1992, all male nurses served with the Royal Army Medical Corps. In April 1992, all male nurses were transferred into the QARANC. The QARANC had been a women only corps since it's establishment in 1902, known then as Queen Alexandra's Imperial Military Nursing Service (QAIMNS). The name was changed to QARANC in 1949.

From a collection of digital media associated with Operation GRITROCK, 2015.