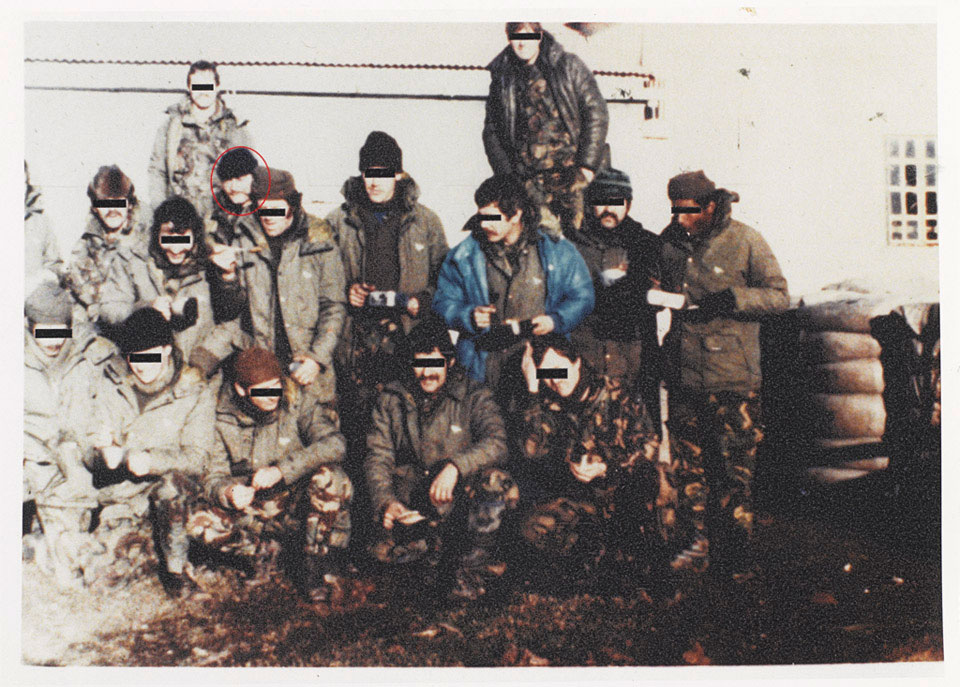 During the war Harvey (circled) served with a four-man patrol from G Squadron, 22nd Special Air Service (SAS). With his colleagues he was inserted behind enemy lines by helicopter from HMS 'Hermes' three weeks before the main British landings. They observed enemy movements and dispositions in the Bluff Cove and West Stanley areas for 28 days. Following the success of this mission, Harvey was then employed in fighting patrols for the remainder of the conflict.