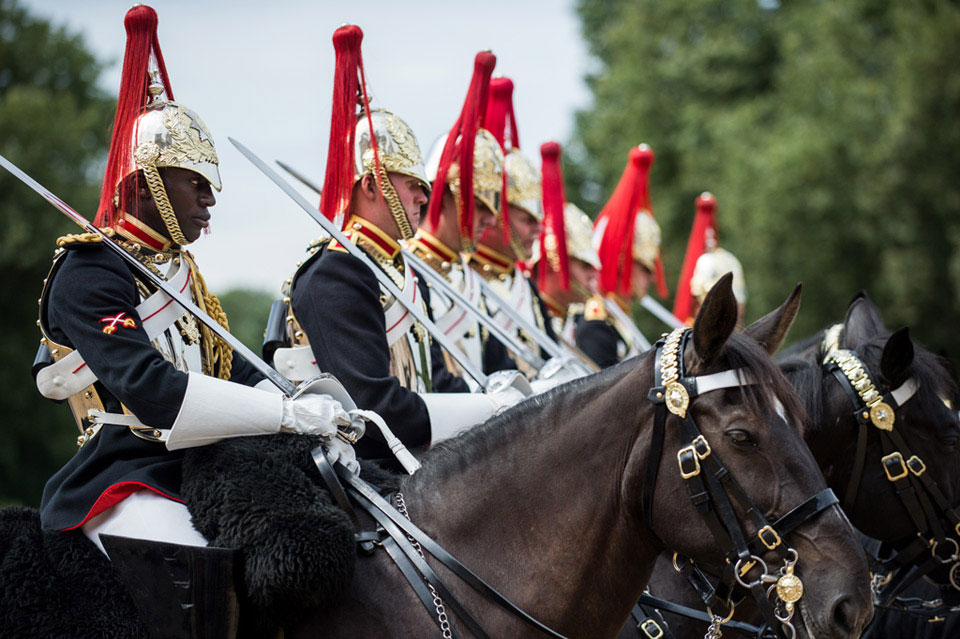 The Household Cavalry Mounted Regiment's ceremonial duties are carried out from Hyde Park Barracks, with one squadron from The Life Guards, one from The Blues and Royals and one joint Headquarters Squadron.

Members of the regiment take part in many of the great state ceremonial occasions, including Trooping the Colour and the State Opening of Parliament. They also stand watch at Horse Guards, once the official entrance to St James's Palace and Whitehall Palace.