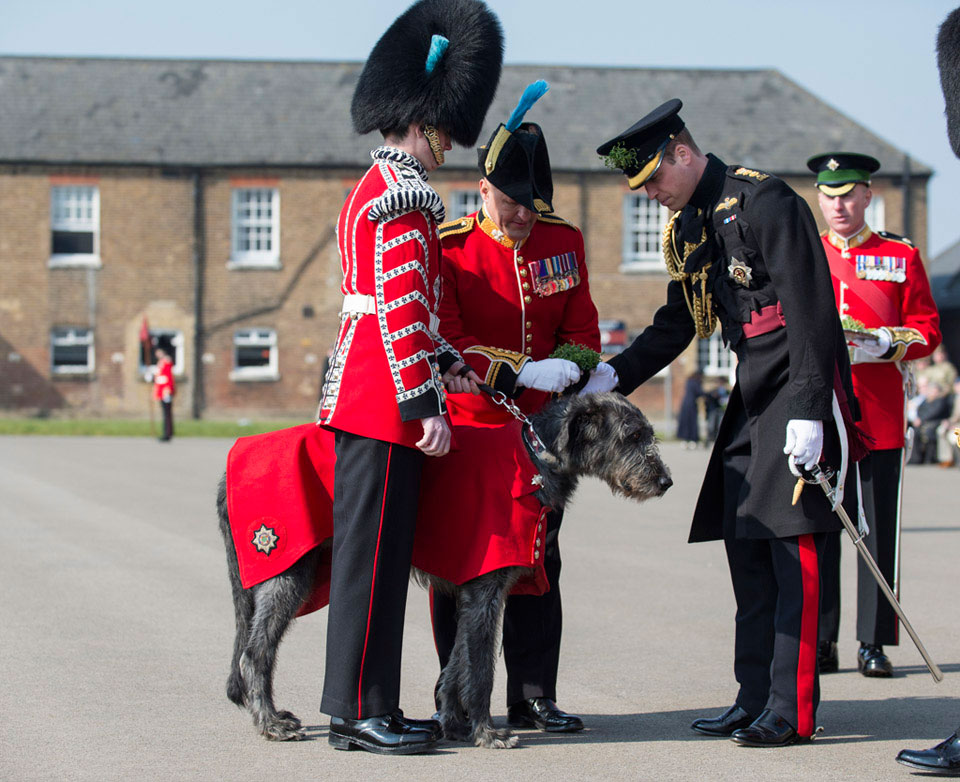 Prince William, Duke of Cambridge, with 'Domhnall' the Irish Wolfhound mascot of the Irish Guards, 2016

An Irish Wolfhound has been the official mascot of the Irish Guards ever since it was formed in 1902. Prince William has been Colonel of the regiment since 2011. The prince's grandmother, Queen Elizabeth II, is Colonel-in-Chief of the Irish Guards, and the four other foot guards regiments.