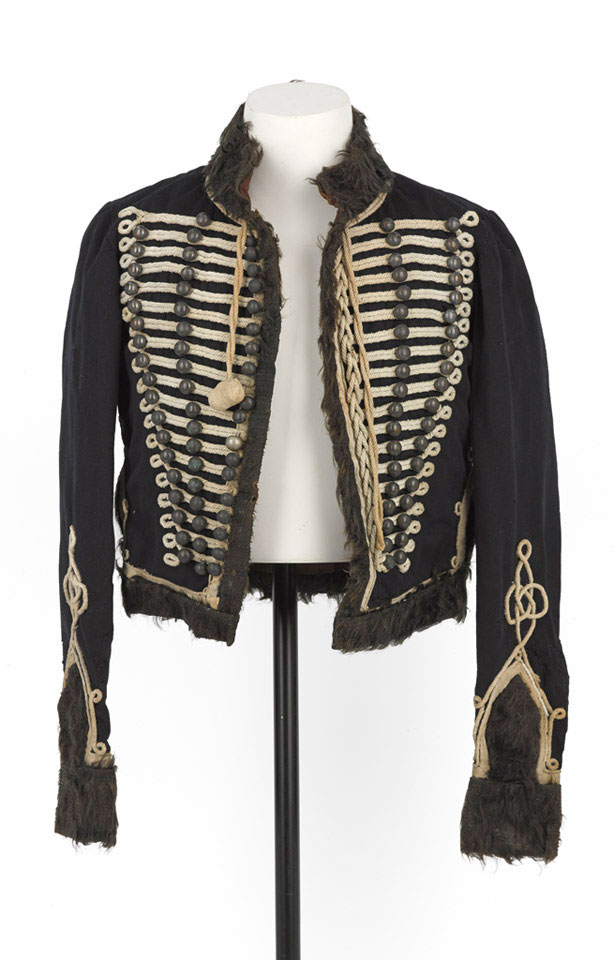 Both officers and men of hussar regiments wore the pelisse, or over jacket, which reflected the Hungarian origins of the hussar's style of dress. To enable the pelisse to be worn over the left shoulder, there was a yellow cord loop fitted at the collar.

The 15th was raised as a light dragoon regiment in 1759 and saw service in Europe during the Seven Years War (1756-1763) and the French Revolutionary Wars (1792-1802). After a period of home service the regiment was reconstituted as a hussar regiment in 1807. It served in the Peninsular War (1808-1814) and fought at the Battle of Waterloo in 1815. When stationed back in England the unit was involved in a number of operations to suppress civil unrest, including the notorious 'Peterloo Massacre' in Manchester in 1819.