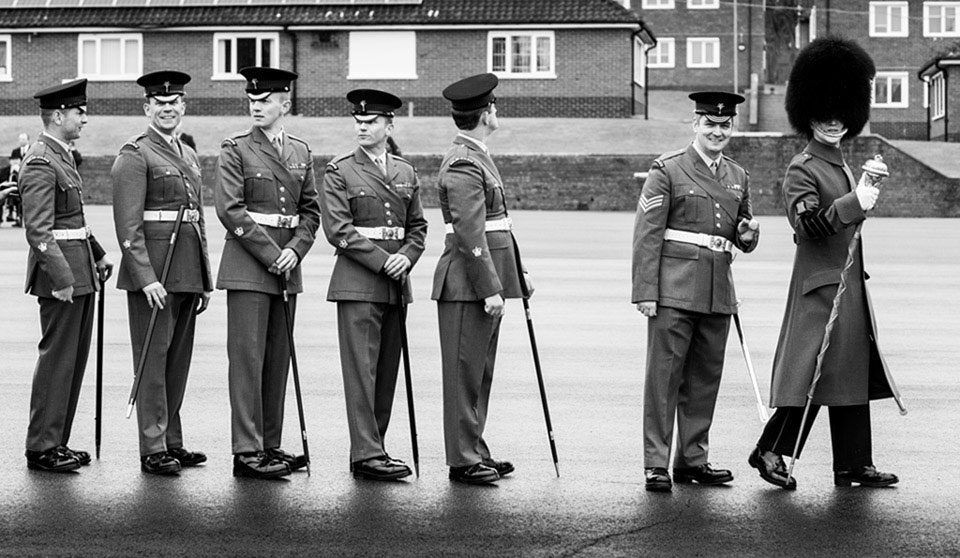 Senior non-commissioned officers from the Welsh Guards wait to be presented their leeks on St David's Day, 2017

The Welsh Guards celebrated St David's Day with a parade at their barracks in Pirbright. Major General Benjamin Bathurst, General Officer Commanding Headquarters London District, was Guest of Honour and Inspecting Officer as they celebrated their national day in traditional style.

The battalion began their celebrations with a morning church service at the Guards Depot Chapel followed by a special parade on the drill square at Elizabeth Barracks. Having recently returned from operational training on Exercise Wessex Storm on Salisbury Plain, the parade also signified the battalion assuming operational readiness in a Light Mechanised Infantry role.