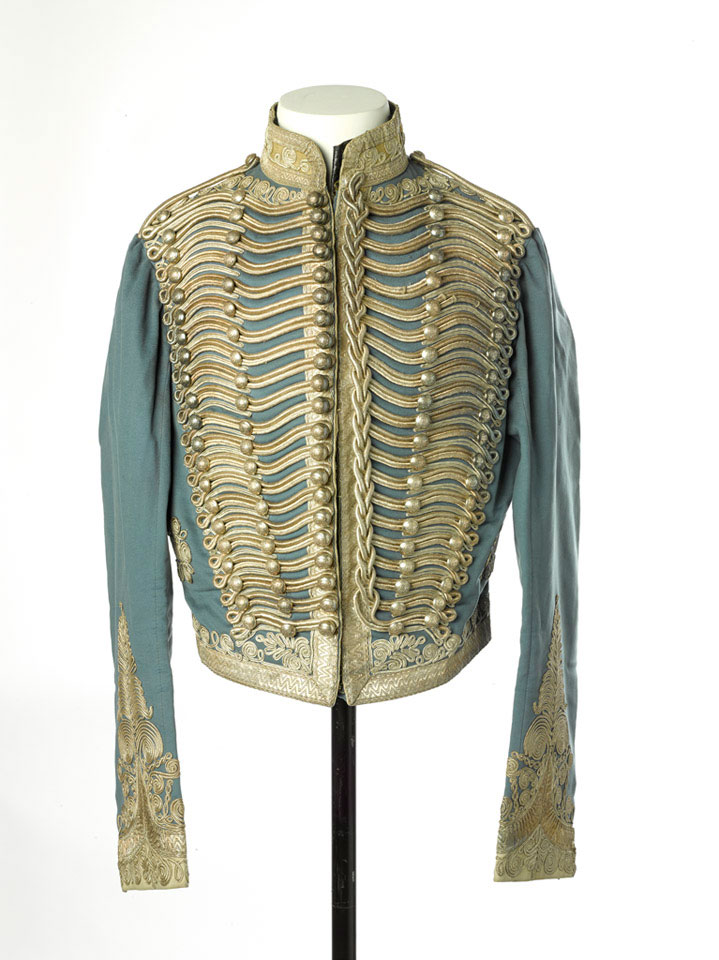 John Grant Malcolmson earned the Victoria Cross (VC) in 1857 for his actions at the Battle of Koosh-ab during the Persian War of 1856-57. During the battle, the 3rd Regiment of Bombay Light Cavalry, in which Malcolmson was serving as a lieutenant, charged and broke a square of well-trained Persian infantry.

Malcolmson can be seen wearing this jacket in a full-length portrait painted by Louis William Desanges, which is also held in the collection of the National Army Museum.

From a collection of uniform and equipment associated with Captain John Grant Malcolmson.