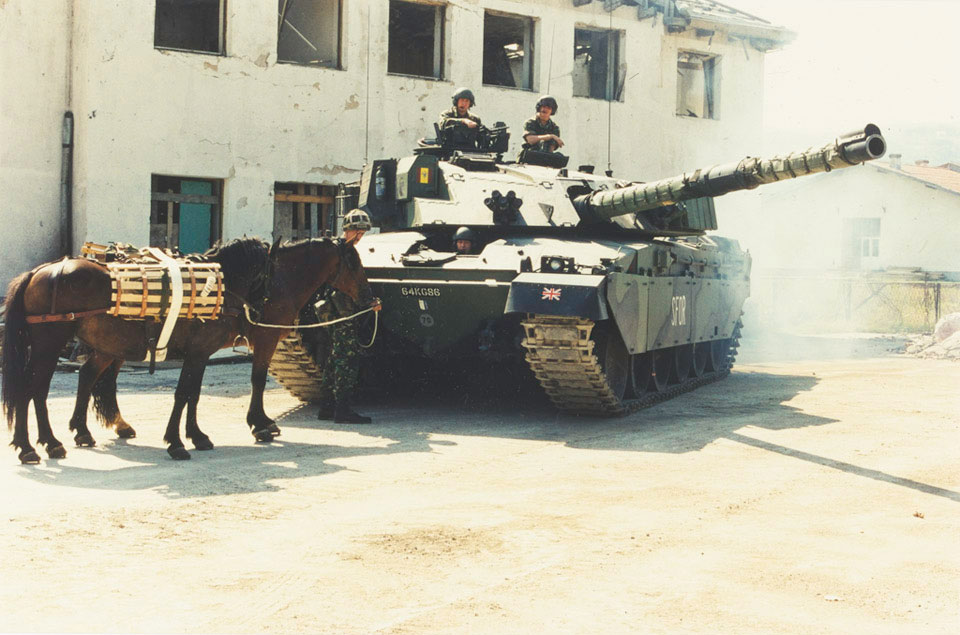 Digital copy of a photograph taken by Richard Stickland, Bosnia, 1997.

In the early days of the British Army's Implementation Force (IFOR) deployment to Bosnia units hired pack horses to assist in the re-supply of remote observation posts. The use of horses continued into the Stabilisation Force (SFOR) period.

A British Government Defence Committee report of December 1997 mentions the use of horses:

'Confidence patrolling is conducted on foot, in the Regiment's vehicles, or on horseback. Soldiers reported to us that the local civilian population was friendly towards patrols, and when we joined a Warrior patrol of Sipovo this was the case. Horseback patrols are an initiative of the soldiers, and provide greater mobility over difficult terrain. Depending on the operational circumstances, patrols can be made in Challenger tanks, but are more commonly undertaken in other vehicles; however, the importance of tanks being available- the need for a variable force posture-was stressed to us'

The battlegroup's mission was to implement the military tasks of the 1995 Dayton Agreement and support civil agencies in order to ensure the establishment of a lasting peace within the Area of Operations thereby allowing the eventual withdrawal of SFOR.