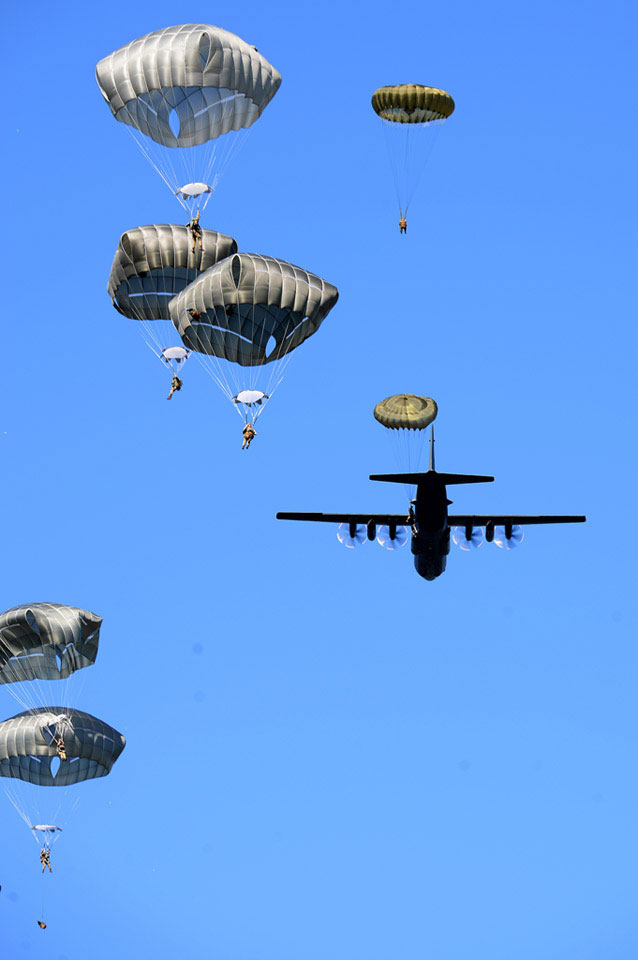 Most military parachuting aims to quickly deliver soldiers and supplies into action. Soldiers jump out of a plane and their parachute canopy opens automatically from a static line attached to the aircraft.

From a collection of digital photographs associated with British Army training 2013-2017.