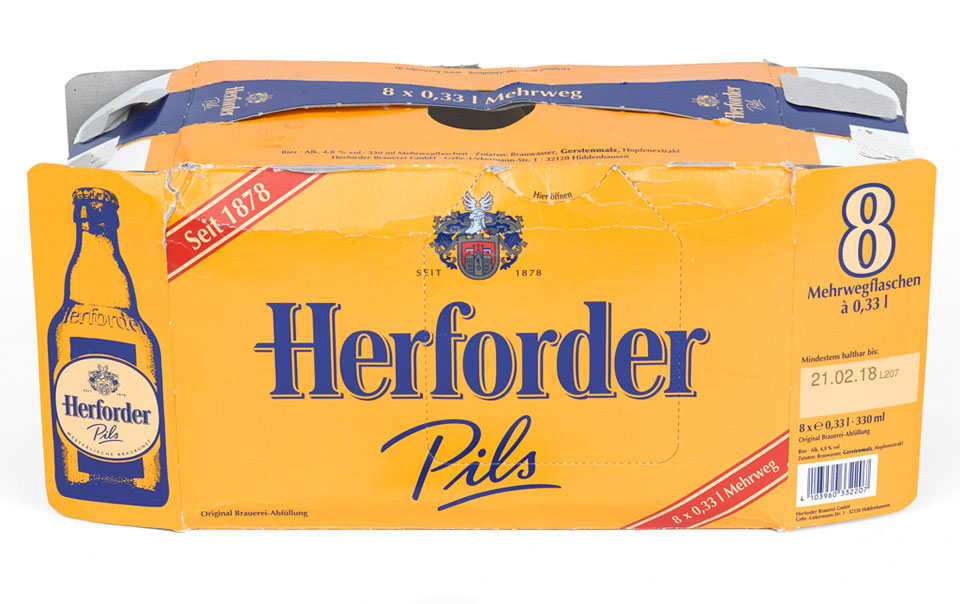 Drinking has always been a part of service in the Army, and service in Germany for British Army of the Rhine (BAOR) soldiers involved sampling the local beers. While there are debates about which was the best, Herforder Pils became a favourite, particularly amongst British Army personnel of the 1st Armoured Division based in and around the town of Herford.

The Navy, Army and Air Force Institutes (NAAFI) also had a storage and distribution facility in the town, which meant Herforder Pils was sold across the British garrisons and stations. While the newer carrying box holds eight beers, the original box held ten bottles and was nicknamed the 'yellow handbag' by soldiers.