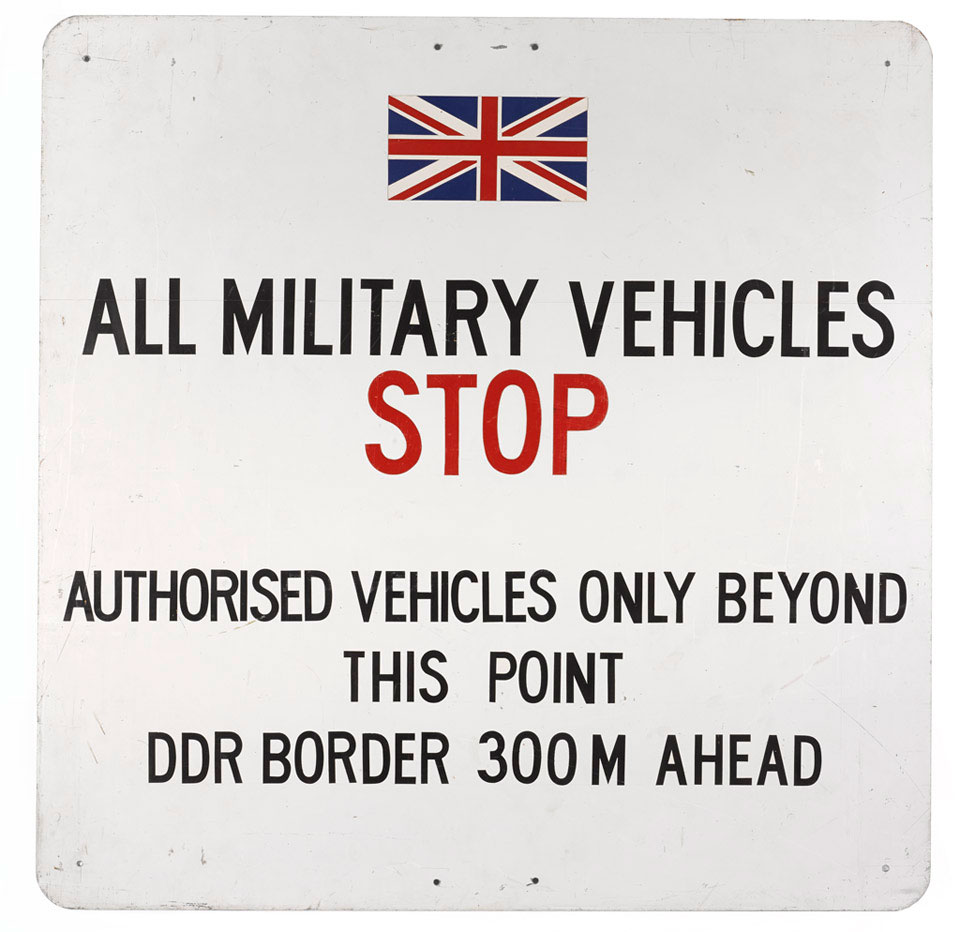 'DDR' stands for Deutsche Demokratische Republik, which is the German for the GDR (German Democratic Republic).

The inner German border was between the German Democratic Republic (East Germany) and the Federal Republic of Germany (West Germany). It was in force from 1949 until 1990 and, at 866 miles long, ran from the Baltic Sea to Czechoslovakia.

It was established in 1945 as a boundary between the Western and Soviet occupied zones of former Nazi Germany. It became a physical manifestation of Churchill's Iron Curtain that separated the Soviet and Western blocs during the Cold War.