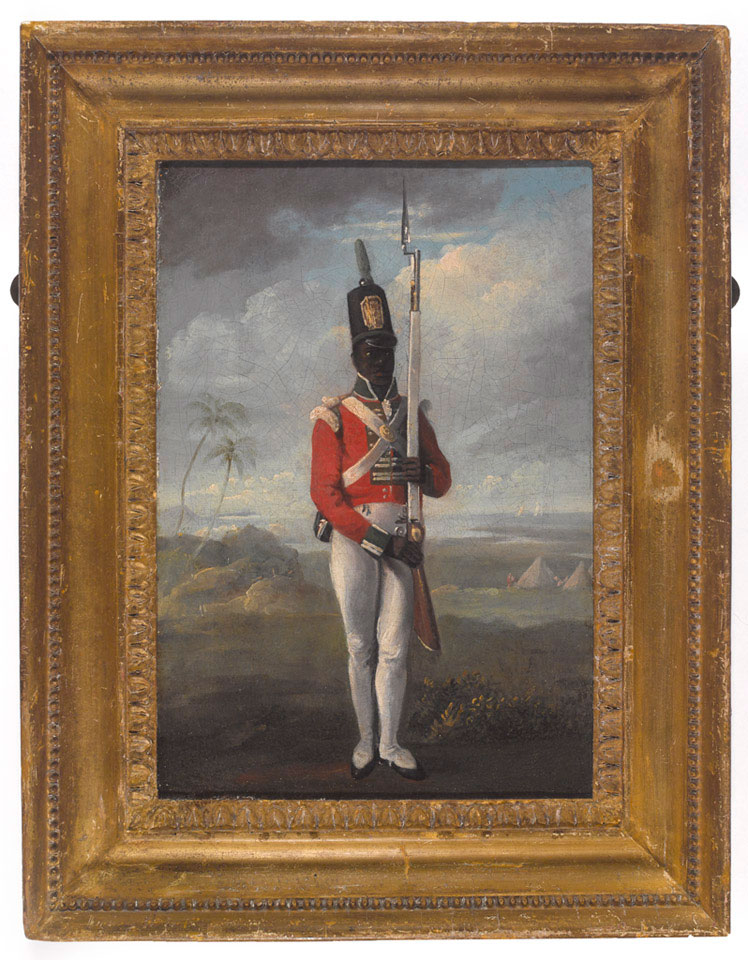 This historically significant portrait depicts a private soldier of a light company of the 8th West India Regiment.

As the British Empire grew, more soldiers were needed to garrison new territories coming under British control. The requirement for men was also increased by the wars with Revolutionary and Napoleonic France that soon spread to the Caribbean colonies of the European powers.

The tropical climate of the Caribbean took a toll on European soldiers. In 1795, the high mortality rate led the Army to raise the West India Regiments, enlisting black soldiers for service in the region in the belief that they would be better suited to the climate.

Local recruitment in the Caribbean was insufficient and so the ranks of the new regiments were filled with Creole and African slaves, purchased from West Indian sugar plantations or direct from slavers. Between 1795 and 1807 estimates suggest 13,400 slaves were purchased for the West India Regiments.

In the Court of Inquiry into the mutiny Governor Alexander Johnstone, who was also Colonel-in-Chief of the Regiment, was alleged to have withheld pay and used the soldiers as cheap labour to clear land. Rumours of disbandment and a return to slave status was deemed to have been the key reason for the rising. Johnstone lost his post and was recalled to England. He was however acquitted of all charges relating to the mutiny at his court martial at the Royal Hospital in March 1805.