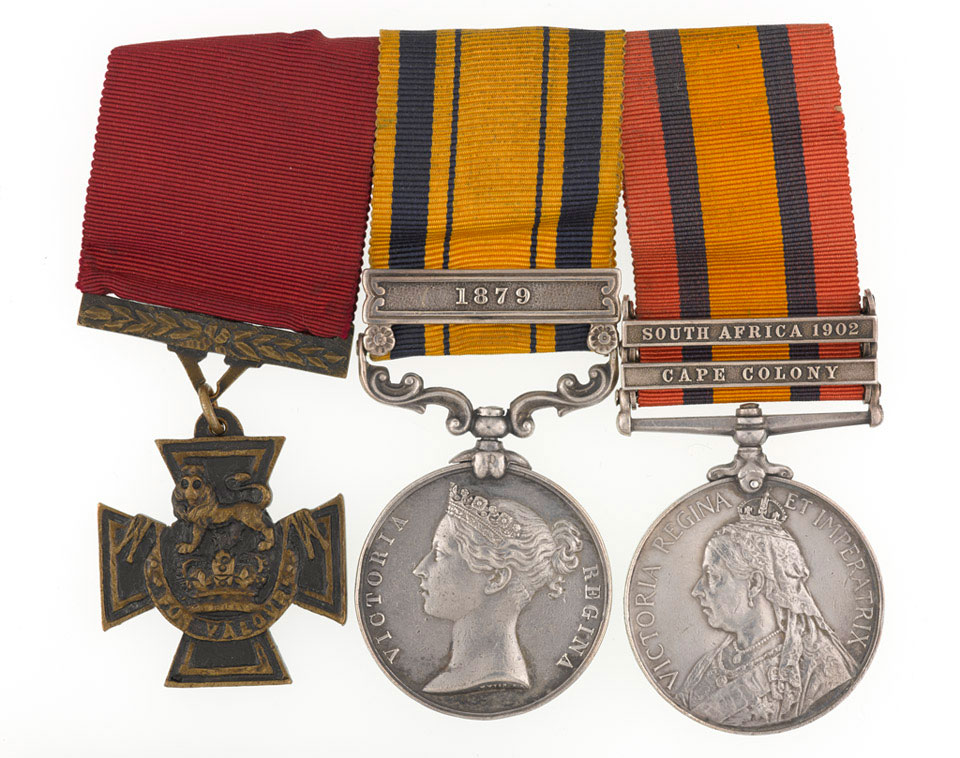 During an attack on Sekukuni's Town in South Africa, on 28 November 1879, a lieutenant of the 1st Dragoon Guards was badly wounded. Private Francis Fitzpatrick and another private saved the life of the officer: one carrying him and the other covering the retreat with fire against the advancing enemy. Both privates were awarded the Victoria Cross (VC).

Fitzpatrick lost his original VC and South Africa Medal for Zulu and Basuto Wars 1877-79 in 1881 at Bronkhurstspruit during the Transvaal War (1880-1881), when he was wounded and taken prisoner. He applied for and received replacements for these medals which he wore with his original Queen's South Africa Medal in his civilian role.

Fitzpatrick was born in Clontibret, County Monaghan, Ireland in 1859. He served in both the Zulu War (1879) and Transvaal War and died in Ireland in 1933. Lieutenant-Colonel P Anstruther who presented the award to Fitzpatrick describes him in his correspondence as having mixed fortunes since the award was granted and as being a steady man 'tempted to drink by some of his friends'.