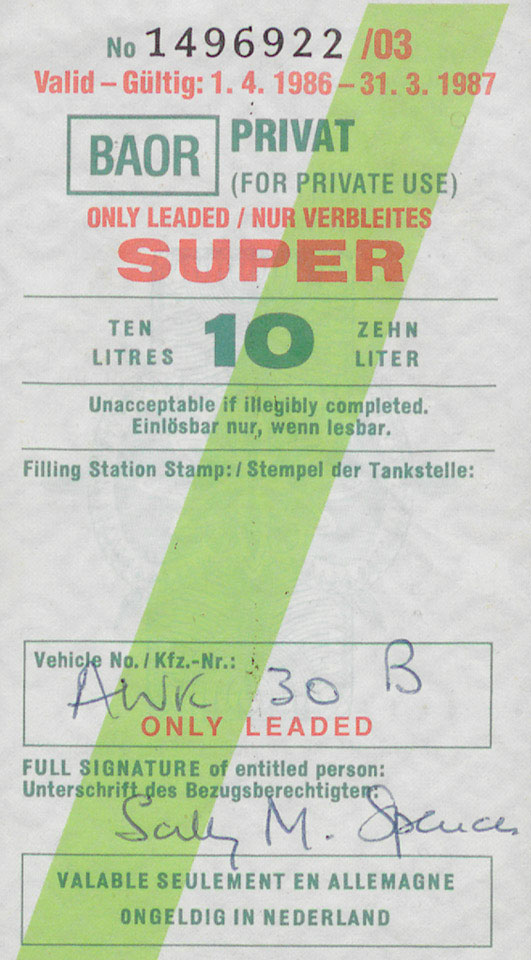 Coupons such as these were issued to British soldiers and their dependants for use across the British Zone in nominated fuel stations. They entitled the users to tax-free fuel, a considerable perk of life in the British Army of the Rhine.

Fuel coupons were used by British troops in Germany well past the end of the Cold War; it was only in 2014 that they began to be phased out and replaced by an electronic card.