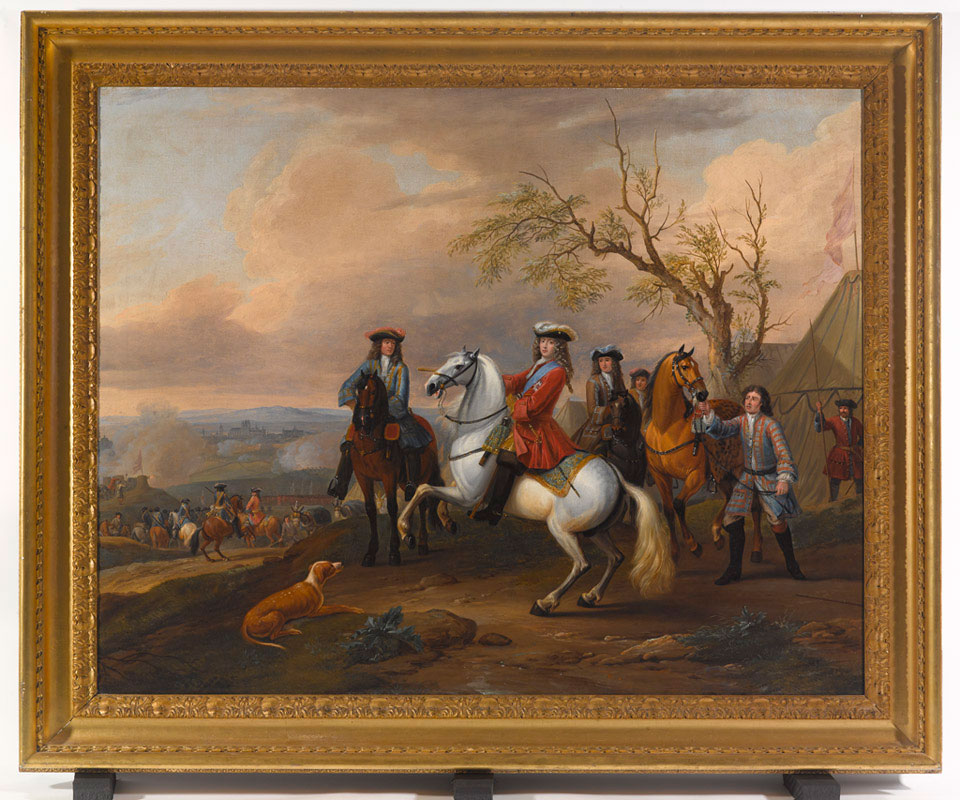 John Churchill, 1st Duke of Marlborough at the Siege of Tournai, 1709

On 3 September 1709, during the War of the Spanish Succession (1702-1713), the French fortress of Tournai, under the command of Marshal de Villars, was captured by an army commanded by the Duke of Marlborough and Prince Eugene of Savoy.

Tournai, designed by Louis XIV's famous military architect, Marquis de Vauban, was a tough nut to crack. The Allies surrounded the fortress in late June, but it held out until September. Besieging it cost Marlborough over 5,000 men and the fighting included extensive mining operations.

Unlike Malplaquet and Mons, Marlborough's other great victories of 1709, there are very few depictions of Tournai. Marlborough is so closely associated with all of his victories that he dominates the iconography of them, as here.

Wootton painted a number of works of Marlborough's campaigns, often borrowing details from Louis Laguerre's murals at Blenheim Palace. He also shows the influence of his teacher, Jan Wyck, from whom he appears to have copied the mule train in this work.