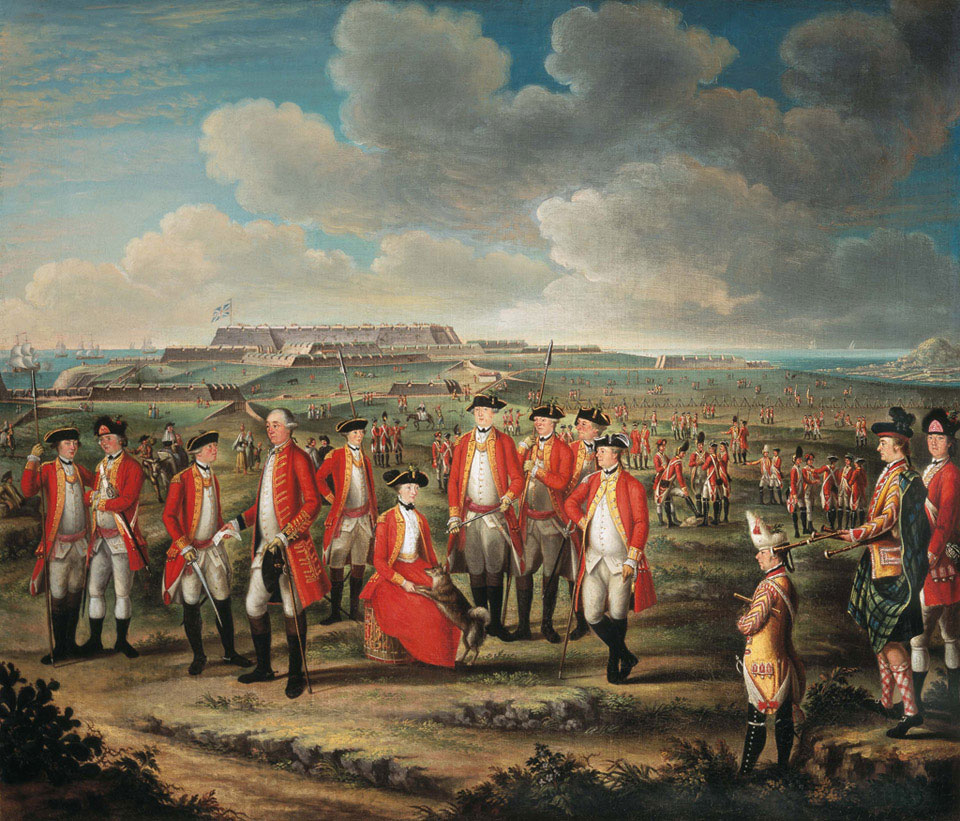 Lady Louisa Lennox with her husband's Regiment, 25th Regiment of Foot with Lord George Lennox beside her, and Fort St Philip, Port Mahon, in the background, 1771 (c)

The 25th Regiment of Foot was stationed in Menorca from 6 June 1769 until 1775, one of several regiments garrisoned there to maintain British control of this important Mediterranean base, regained from Spain at the end of the Seven Years War (1756-1763). The fortifications which guard the main harbour at Port Mahon can be seen in this painting.