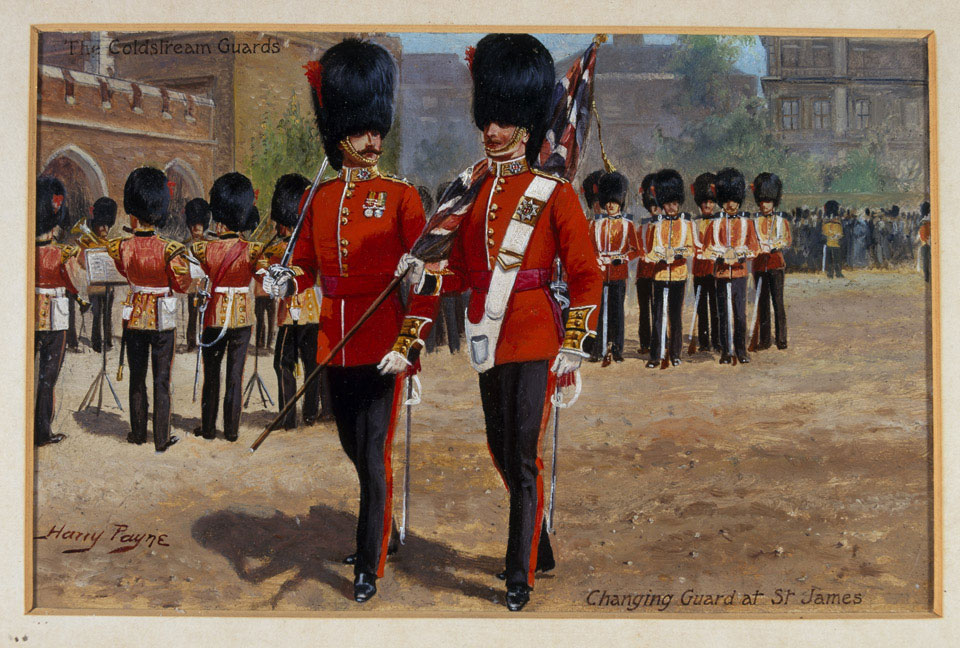 One of a series of 14 oil paintings depicting various units of the British Army.