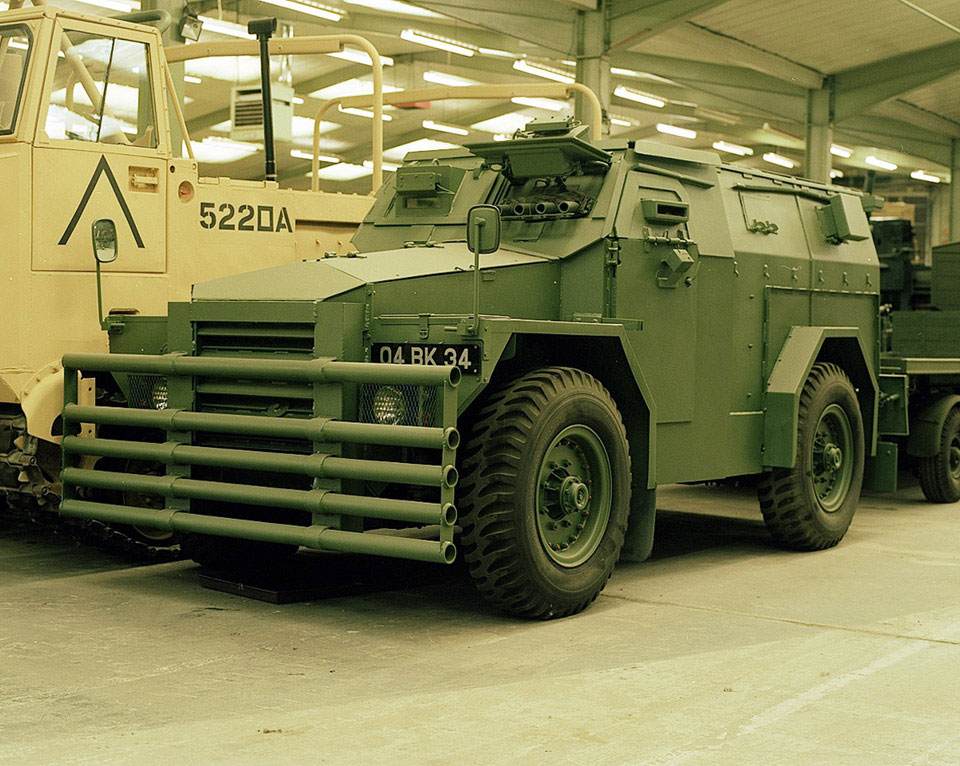 Armoured variant of the FV1600 series vehicle; adapted for Germany and served in Northern Ireland. Only 32 of this type were made.

The Humber one-ton armoured personnel carrier or 'Pig' became the most common armoured vehicle to be used by the British Army in Northern Ireland, being readily adapted for a variety of roles, including medical evacuation.

This Humber Pig Squirt was manufactured in 1953 and entered service with the British Army in April of that year. It was held in storage until February 1972 when it went to 5 Light Regiment in Northern Ireland. The 2nd Light Infantry and 25 Light Regiment also used the vehicle in 1972 and in March 1973 it went to 17 Squadron in Northern Ireland. In May 1974 it returned to storage and in August 1981 it went to the Metropolitan Police after which it was struck off the military census at Hilton in June 1981.