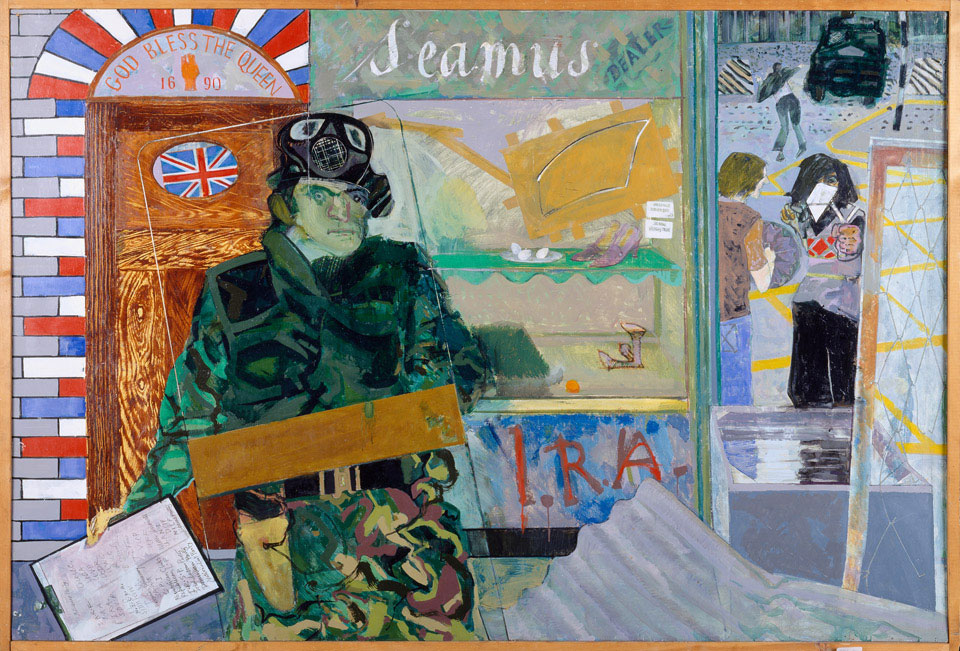 Standing in front of a shop, this British soldier is dressed for riot control. He wears a fragmentation vest, or flak jacket, over a camouflage jacket and an anti-gas respirator. As well as a riot shield to protect him from bricks and petrol bombs he holds a clipboard with a list of titles and acronyms of Republican and Loyalist paramilitary groups in Northern Ireland.

On the left is a front door embellished by Protestant symbolism, 'God Bless the Queen', the Red Hand of Ulster, '1690' denoting the Battle of the Boyne: all framed by red, white and blue painted brickwork. The central section is a shabby shop-front daubed with an Irish Republican Army (IRA) slogan.

The artist deliberately placed the soldier midway between the Protestant house and the Roman Catholic-owned shop, so that he is caught in the middle, literally as well as metaphorically. To the right three young hooligans are misbehaving.