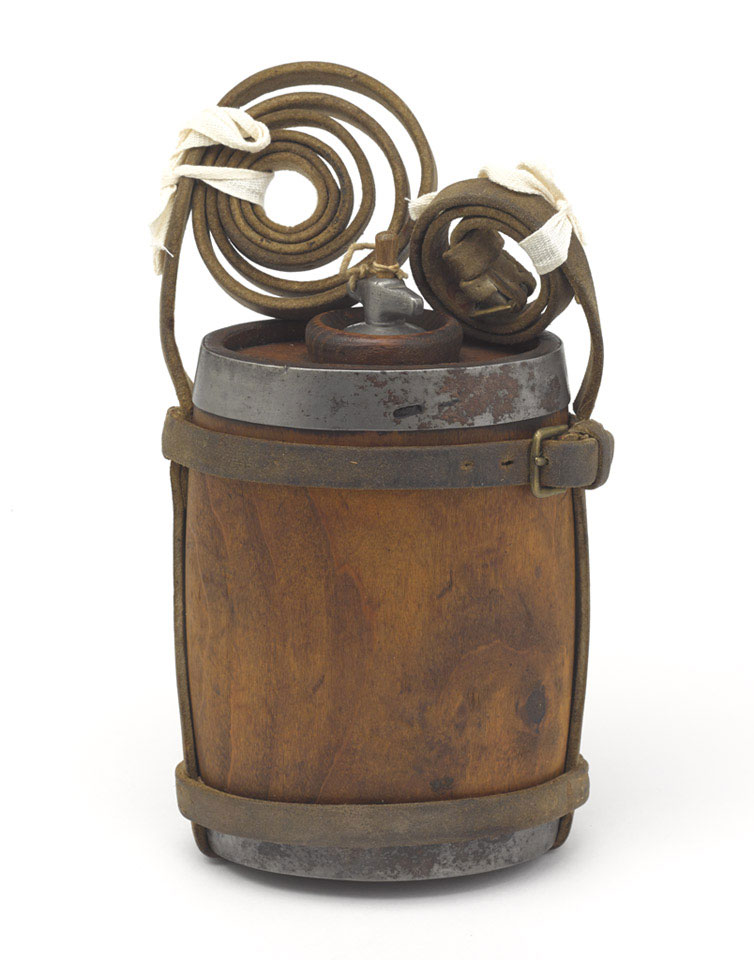 Introduced in 1874 this waterbottle copied the Italian standard issue, and was officially known as the Italian Pattern. Because it was machined from a single piece of wood, it was less prone to leaks and damage than the waterbottle it replaced. Waterbottles like this were used during the Zulu War (1879) and the Egyptian War (1882).

This example uses a buff leather carrier. Between 1882 and 1885 the bottle was attached directly to the waistbelt with a clip, but this was found to be unsatisfactory.

From 1888 it was replaced by a pressed steel type, but these remained in use for many years afterwards by reserve and auxiliary forces.