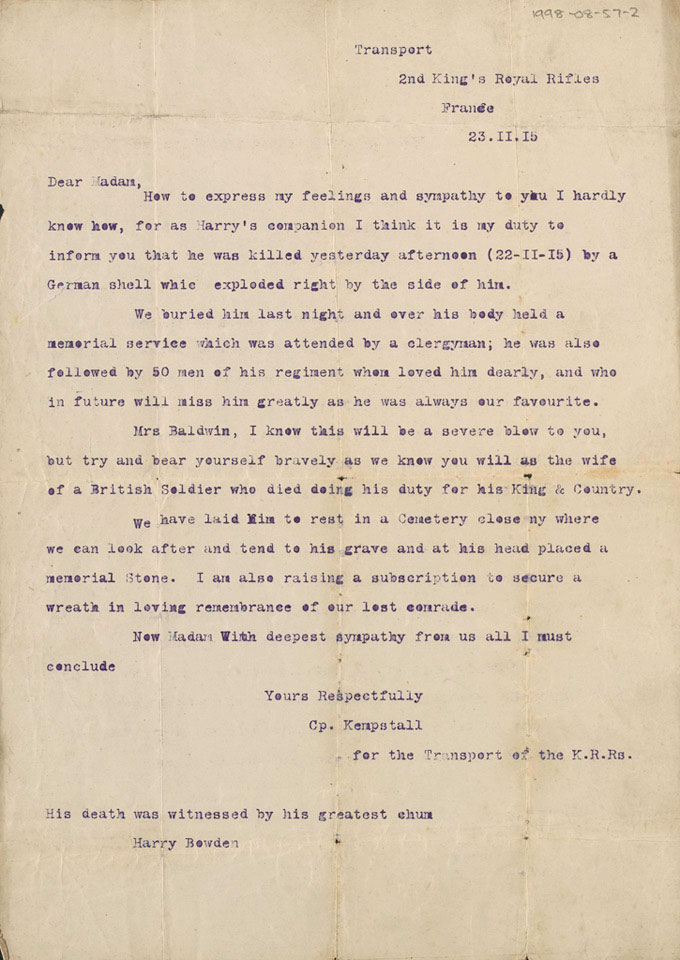 Typescript letter from Corporal Kempstall, Transport Section, to the wife of Rifleman Harry J Baldwin, informing her of his death and burial and offering condolences, 23 November 1915.

Kempstall writes that he was killed yesterday afternoon (22-11-15) by a German shell whic (sic) exploded right by the side of him'. He writes, 'Mrs Baldwin, I know this will be a severe blow to you, but try and bear yourself bravely as we know you will as the wife of a British soldier who died doing his duty for his King & Country.'.