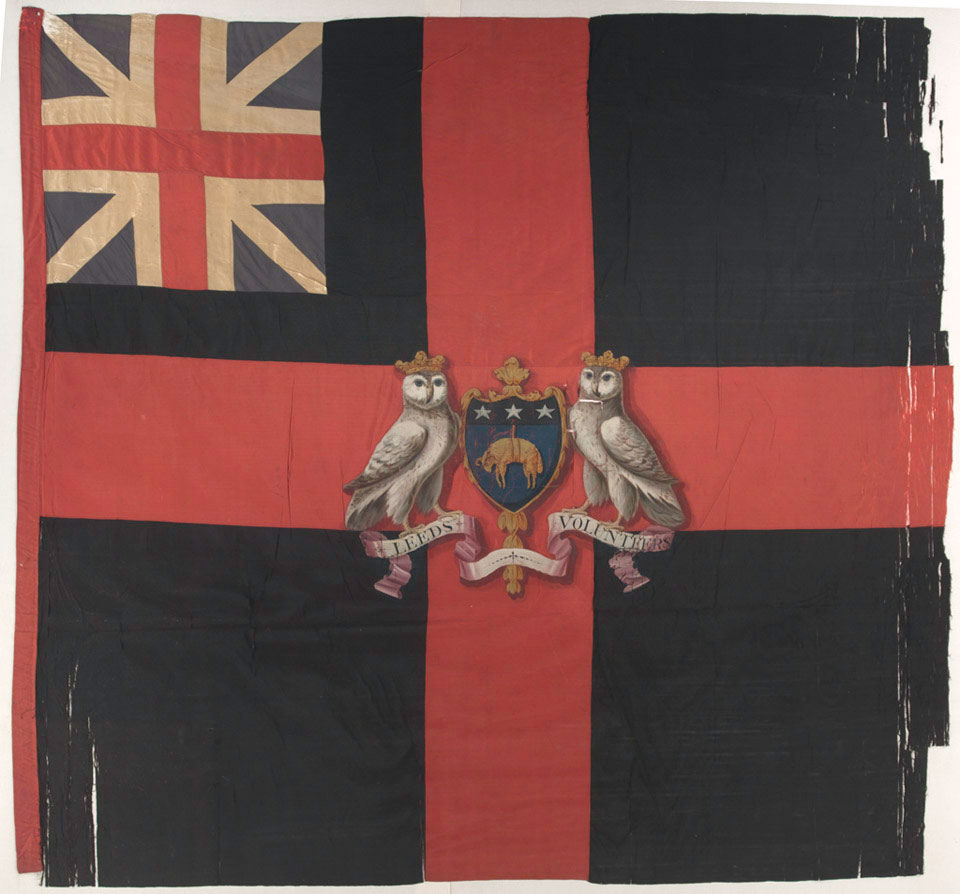 This painted silk colour was presented to the regiment by Lieutenant-Colonel Thomas Lloyd.

Thomas Lloyd (1751-1828), a Leeds cloth merchant from Horsforth Hall, commanded the Leeds Volunteers from when the regiment was raised in 1794 until the conclusion of hostilities against France in 1802, when it was disbanded.

In 1803, war broke out with France again and a corps of Volunteers was raised again, with Thomas Lloyd once more assuming command. A force of 1,400 was equipped and trained to meet the threatened invasion of England. Although on a war footing from 1804, they mostly carried out fire-fighting duties. In 1805 Lloyd resigned his command, owing to ill health. The regiment was disbanded in 1808 following the formation of the Local Militia.