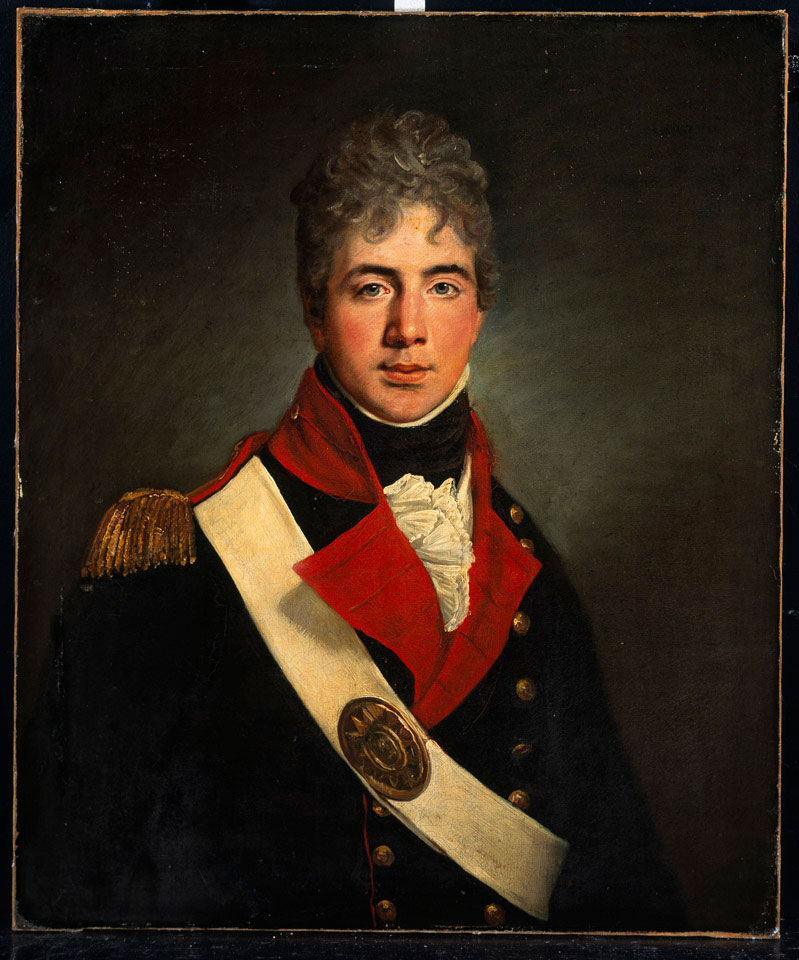 Half length portrait in a dark blue coat with red facings, gold lace and an epaulette on the right shoulder.

Crawford's service spanned from Gentleman Cadet on 14 January 1801 to major-general on 28 November 1854. He was comissioned as second lieutenant on 14 April 1803, rising to lieutenant on 12 September that year. He retired on full pay on 13 December 1854 and died at Jersey on 10 September 1864.

Crawford wears the Royal Artillery officers' uniform coat of 1796-1816, although the shirt ruffles were officially abolished in 1799. The single epaulette on the right shoulder was also rarely worn after 1800, although this is contradicted by the dates of his first commission.