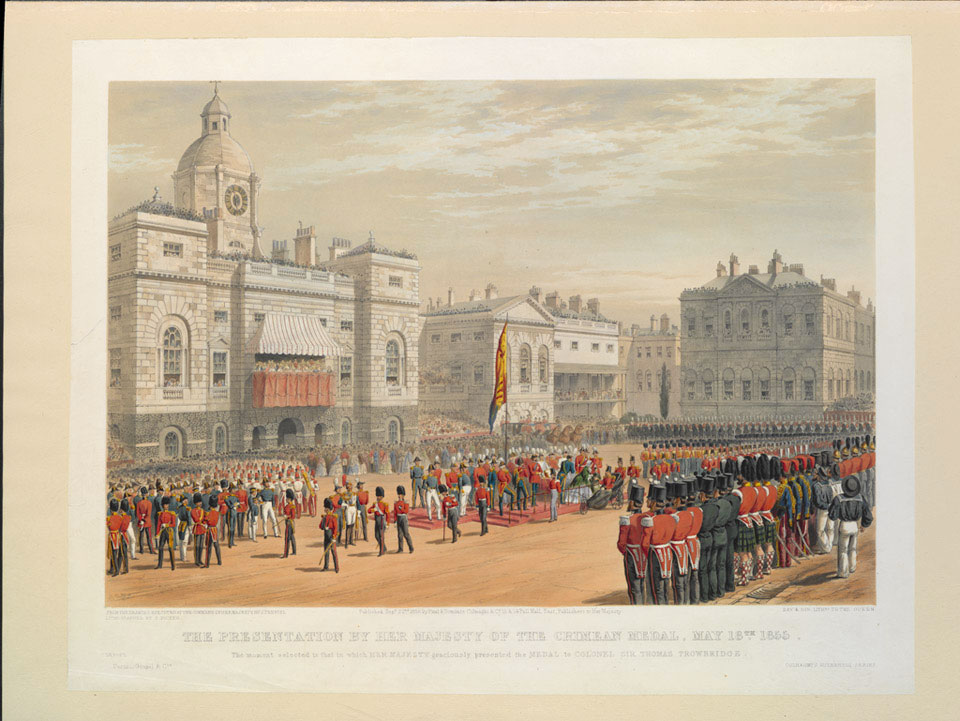 'The Presentation by her Majesty of the Crimean War Medal, May 18th 1855.'

Coloured lithograph by T Picken after John Tenniel, printed by Day and Son, published by Paul and Dominic Colnaghi and Company, London, 22 September 1855.

Medal presentation ceremony at Horse Guards in London. The print is subtitled, 'The moment selected is that in which Her Maj Graciously presented the Medal to Col Sir Thomas Trowbridge'. Queen Victoria is shown presenting a campaign medal to Trowbridge who is seated in a wheeled bath chair.