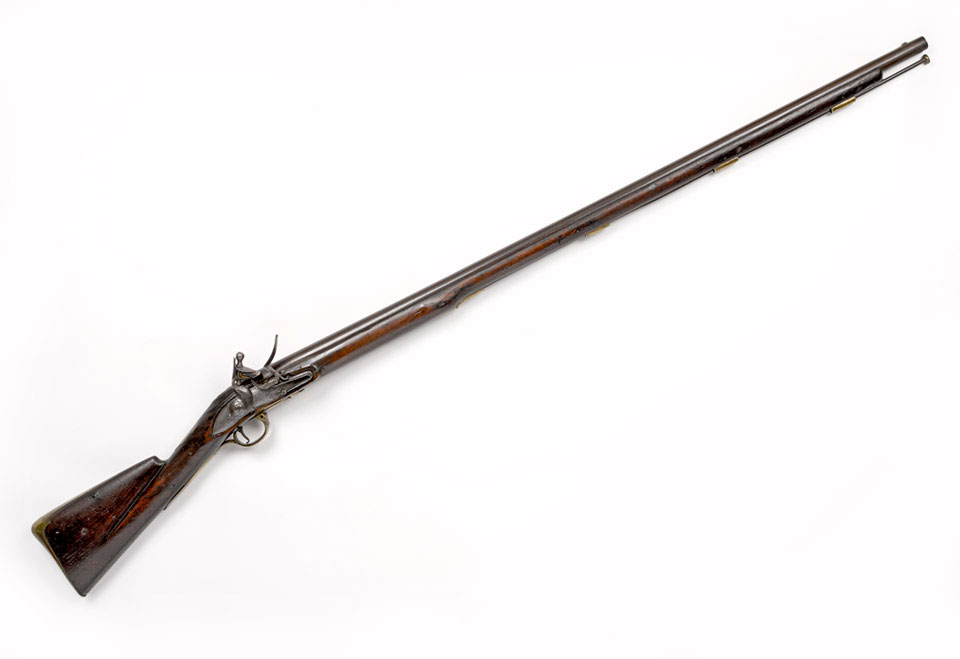 Lock dated 1742; with 45 inch barrel length cut down from 46 inches in service; with replacement metal ramrod.

The Long Land Pattern, commonly called the 'Brown Bess', was the standard British Army musket for most of the eighteenth century. As most male citizens of the American colonies were required to own a musket for militia duty, weapons like this would have been in common use on both sides during the American War of Independence (1775-1783). The Brown Bess weighed about five kilograms and fired a ball weighing about 40g. It had an effective range of about 80m. Muskets were most effective when they were fired in volleys (large numbers of men all firing at the same time).