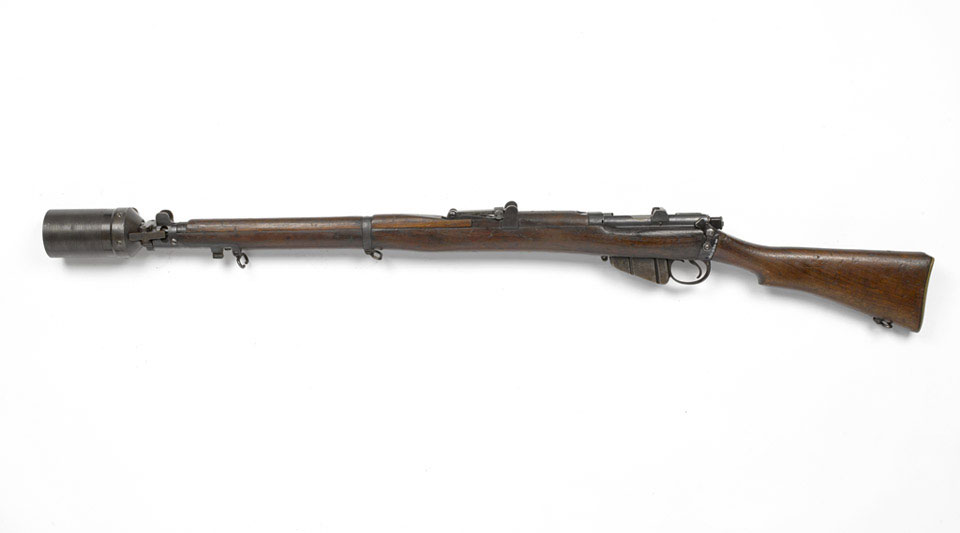 This was the British soldier's main weapon during World War One (1914-1918). Firing a .303-inch calibre round, it had a maximum range of 2,500 yards, but a more effective killing range of around 600. A well-trained infantryman could fire 15 aimed rounds a minute, a withering rate of fire. In the early battles on the Western Front, the Germans believed they were facing machine guns rather than rapid fire from British soldiers armed with this iconic rifle.