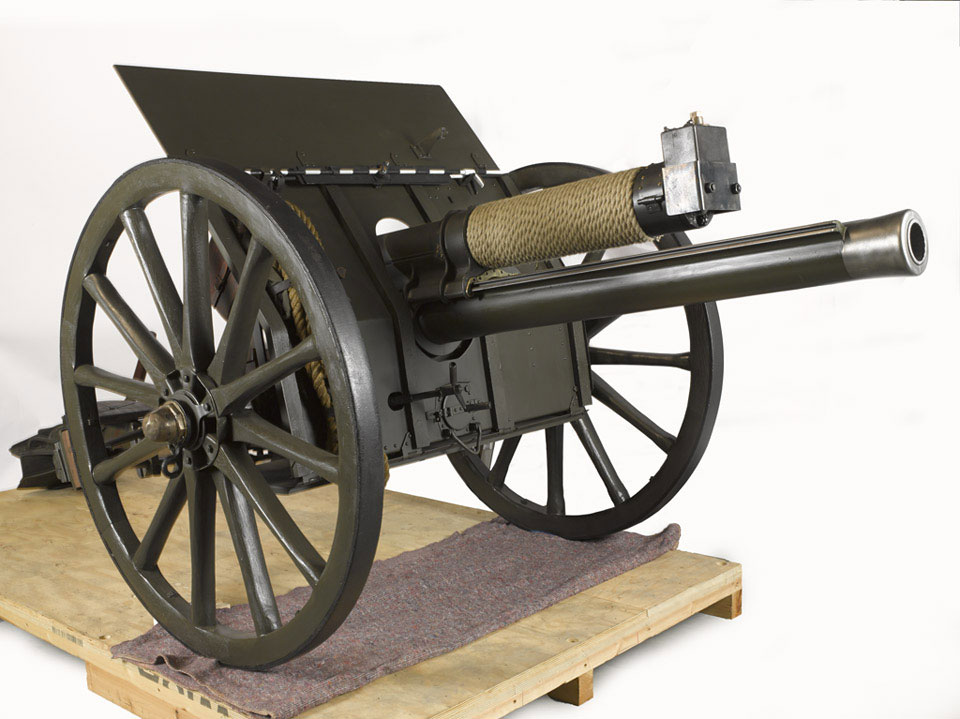 Introduced in 1904 as a result of deliberations by the Royal Artillery following the Boer War (1899-1902), the 18 pounder was a heavier version of the 13 pounder Horse Artillery weapon. Over 1,000 had been made by the start of World War One (1914-1918) where it was seen as the most effective light field gun. Over 8,000 were eventually manufactured during the war and between them fired 100 million shells. With a crew of ten men, it could fire 18-pound shrapnel, high explosive or smoke shells up to six kilometres (over 6,500 yards).

During the Battle of the Somme (1916) the British fired over 15 million shells. Of those, some 10 million were fired by 18-pounders. With an experienced crew and in good conditions, the 18-pounder could fire at a remarkable 30 rounds a minute. The gun saw service in the Middle East, Gallipoli and the Balkans, as well as on the Western Front.