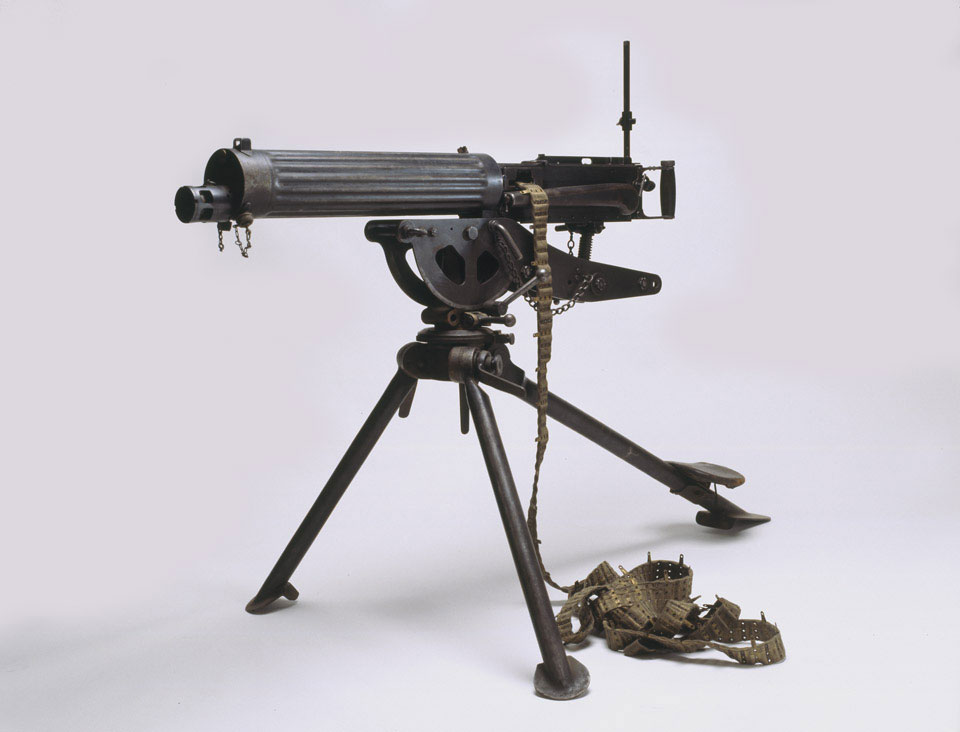 The Vickers .303 inch Class C was a commercially-available, water-cooled machine gun which was trialled by the British Army from 1910. Following a few changes, it was adopted by the British Army as the Vickers Mark 1 on 26th November 1912 and became the standard machine gun of the British and Commonwealth forces. It weighs about 28 lbs when empty of water and typically required a six to eight-man team to transport and operate them and their associated accessories and ammunition.

The Vickers Mark 1 machine gun was used in all theatres of the First World War and it was famed for its reliability. It could fire over 600 rounds per minute and had a range of 4,500 yards (or over 4 kilometres). With proper handling, the Vickers could sustain a rate of fire for hours, providing a necessary supply of fabric belts of ammunition, spare barrels and cooling water was available. It holds about 7.5 pints of water. When there was insufficient water to hand, soldiers would urinate in the water jacket to keep the gun cool!

Vickers machine guns were one of the deadliest weapons of the Western Front and are considered one of the finest machine-guns ever made. In August 1916 the 100th Company of the Machine Gun Corps fired their ten Vickers guns continuously for 12 hours on the Western Front. The Vickers .303 continued to be used by the British Army in the 1960s. When it was withdrawn from service in 1968, it was given a full military funeral at Bisley.