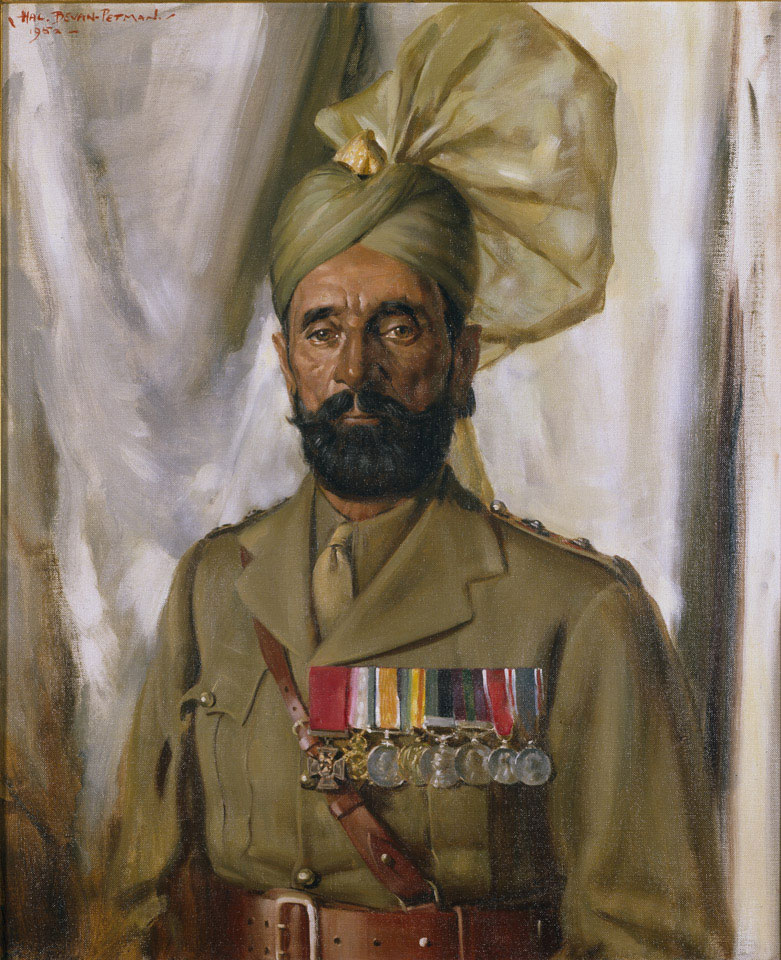 Khudadad Khan (1888-1971) was the first Indian to win the Victoria Cross after eligibility for the award was extended in 1911 to Indian officers and men of the Indian Army. In common with half of the men in his regiment, the 129th Duke of Connaught's Own Baluchis, Khudadad Khan was a Pathan from north-west India (now Pakistan).

As part of 7th Indian (Ferozepore) Brigade, the 129th Baluchis arrived in France from Egypt during September 1914. While serving in the regiment's machine-gun detachment on 31 October 1914, 'at Hollebecke, Belgium, the British officer in charge of the detachment having been wounded, and the other gun put out of action by a shell, Sepoy Khudadad, though himself wounded, remained working his gun until all the other five men of the gun detachment had been killed.' (London Gazette, 7 December 1914). Khudadad was decorated with his VC by King George V in January 1915.