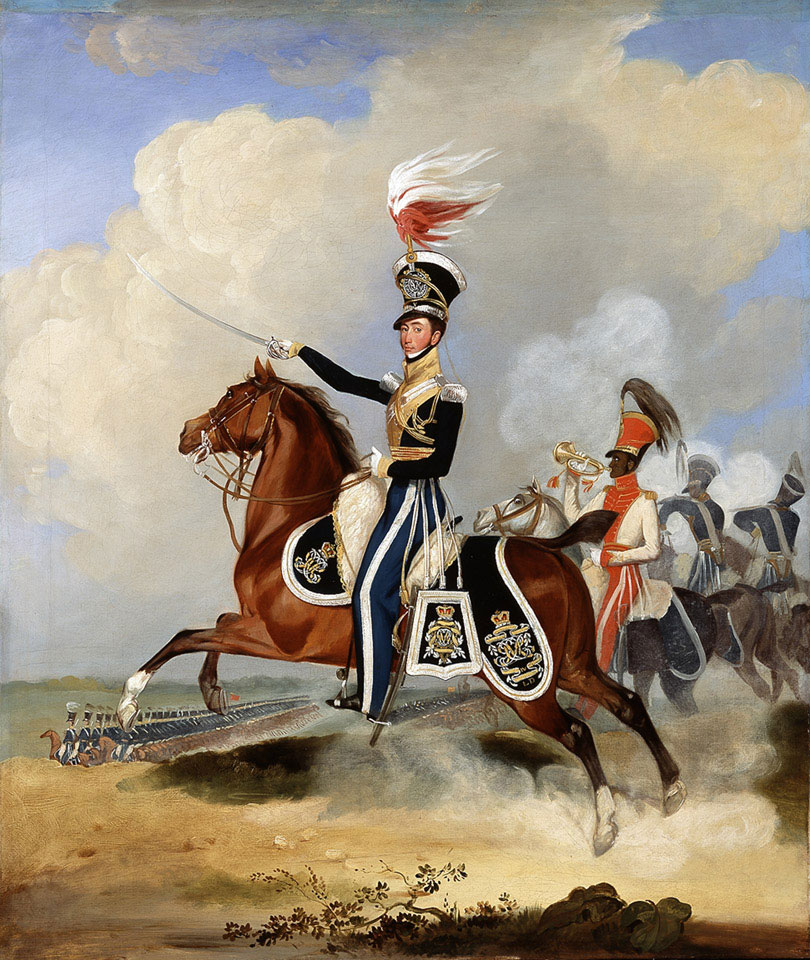 During the 18th and early 19th centuries, many British Army regiments employed black musicians. Being a trumpeter was not a purely ceremonial role. Commanders relied on musicians to communicate orders to their troops during combat so they always had a prominent role on the field of battle. On active service one trumpeter was allotted to each cavalry squadron in order to sound the calls issued by commanding officers. Different instructions had different bugle calls.

James John Hugonin, the presumed sitter, joined the 4th Dragoons as a cornet in 1795, becoming lieutenant the same year. At the Battle of Toulouse (1814), when he commanded the regiment, he received the Army Gold Medal. He was made a brevet Lieutenant-Colonel in 1819.