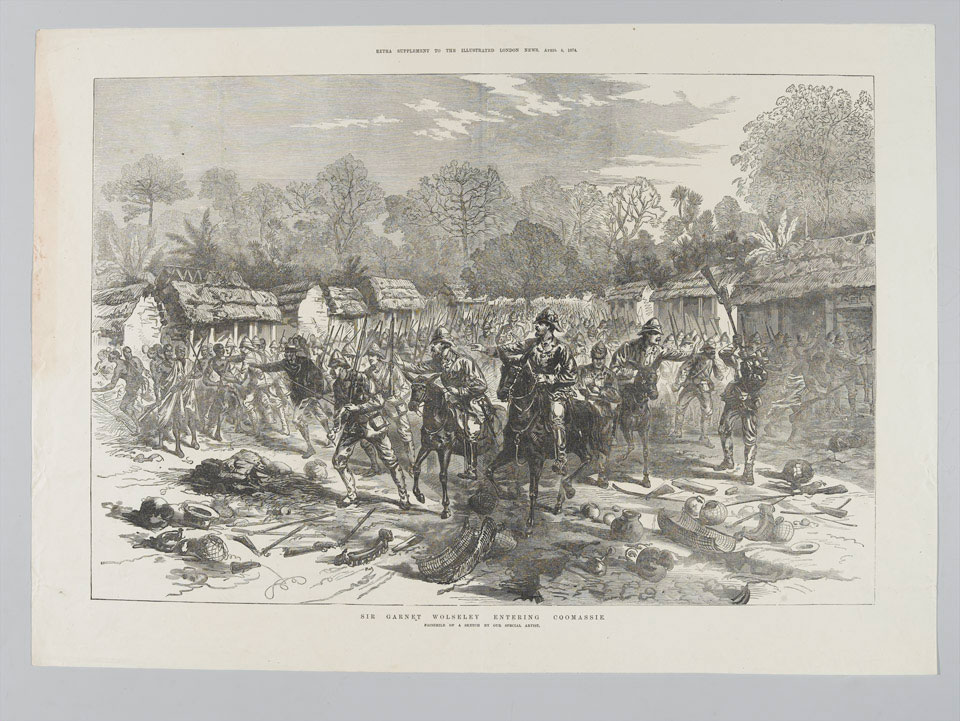 Wood engraving after Melton Prior, published as an Extra Supplement to 'The Illustrated London News', 4 April 1874.

General Sir Garnet Wolseley led the British campaign against the forces of Kofi Karikari, King of the Ashanti, during the 2nd Ashanti War (1873-1874). His men captured Kumasi, the Ashanti capital, on 4 February 1874 after defeating the Ashanti at the Battle of Amoaful on 31 January.