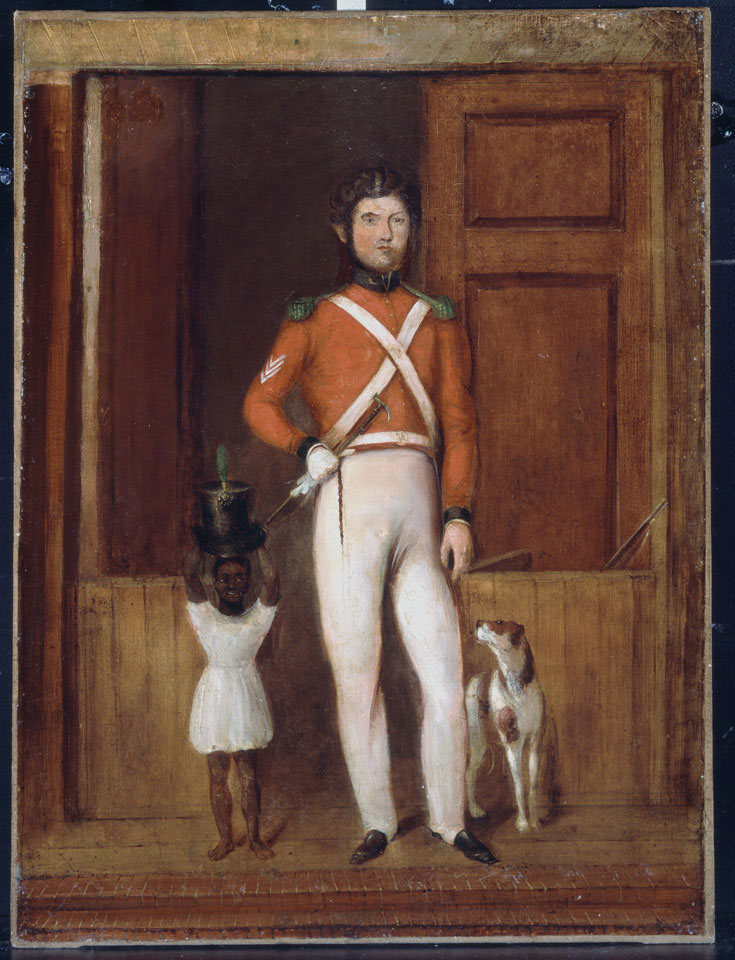 A Sergeant of a cavalry regiment, standing by an open doorway, with a black child and dog, probably in the West Indies, 1830 (c)

A Caribbean posting in the early to mid-19th century was to be feared. During the Revolutionary and Napoleonic Wars over 90% of the 45,000 white officers and men who died there were killed by disease rather than the enemy. The high mortality rate led the Army to raise regiments of black soldiers for service in the region, in the hope that they might be better suited to the climate.

Although some free men were recruited, the Army mainly relied on the slave trade to provide recruits for these units. Between 1798 and 1806 the Army bought 6,376 slaves, an estimated 7% of all slaves sold in the British West Indies during this period. With the abolition of the slave trade in 1807 and emancipation of slaves in 1834, the Army recruited free black men into the ranks.